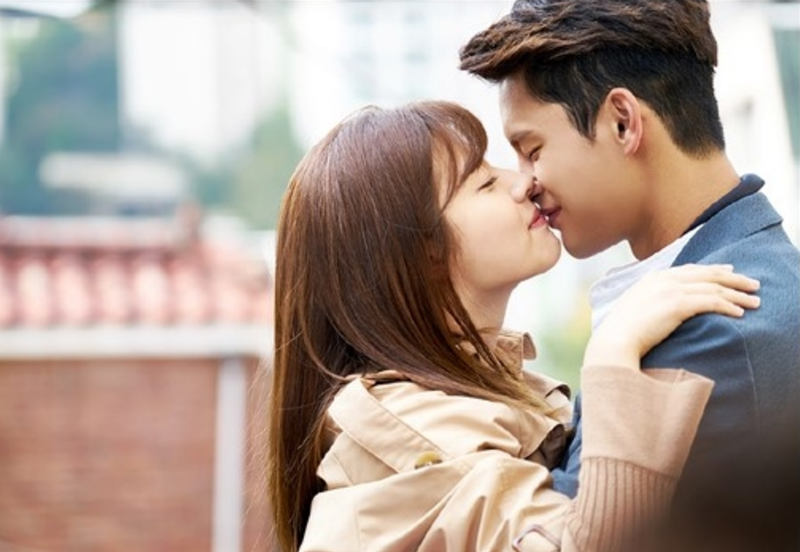 If you haven’t yet indulged in the utter delight that is “Shopping King Louie,” you really need to. This is one of the cutest dramas on air with puppy cute Louie, played by the adorable Seo In Guk, winning over not only us, but leading lady Go Bok Shil, who is played by young talent Nam Ji Hyun. There is so much heart and cuteness in this drama that I can’t recommend it enough. Here are nine reasons for you to watch and love “Shopping King Louie.”

Okay, maybe once before he meets his leading lady. As he is trapped in his beautiful French chateau before his memory disappears, he glows in the sunlight as he dresses. Thank you, dressing sequences.

There is pretty much nothing cuter than this awesome bromance between Louie and his devoted butler. They get along so well that it’s a pity they had to be separated so long in the show. I’m so glad they’re back together!

Most of us understand a need for caffeine in the morning to wake up or in the afternoon for a pick-me-up. Our resident Shopping King Puppy takes this to the next level as he sniffs out the nearest source of caffeine like the good java junkie that he is. Look at that face as he desperately tries to get a whiff.

As if the adorable Louie wasn’t enough, we get quite a few scenes with the very masculine and handsome Kang Ji Sub. He’s not the usual kind of pretty we see in dramas and that is so refreshing. Just as he charms the older ladies in the show, he has most certainly charmed me!

Bok Shil is a woman with a good head on her shoulders. When she and Louie are in dire financial straits, it’s up to her to make sure they have enough resources to get by. With a spendthrift like Louie by her side, it is no easy feat. She makes adorable annoyed faces like the ones above when he mindlessly spends money. He always charms his way into her good graces and her out of her bad moods. Who doesn’t like a puppy with a dimple?

Not only does our leading man have winsome dimples, but Nam Ji Hyun is rocking some adorable ones that Kim Young Ho from “Oh My Venus” would be making crazy popping noises over. *Pop* 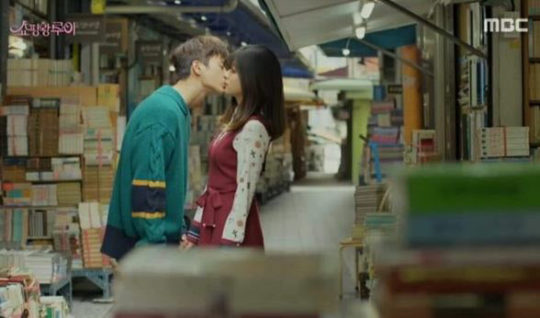 Unlike most dramas, the kisses in this one flow organically. Bok Shil and Louie are good friends, comrades, and lovers. Their kisses come at a time when they’re both ready. There is no ridiculously dramatic buildup. Each kiss just is an outward expression of how much they love to be together.

Louie, although an amazing shopper, has a weak constitution when it comes to bugs. One peek at a many-legged creature has him fretting. It probably deserves one of Bok Shil’s annoyed faces.

Watch “Shopping King Louie” here! The show ends on November 10, which means you can marathon it over the weekend!

What are your favorite parts of “Shopping King Louie,” Soompiers? Let us know in the comments below!