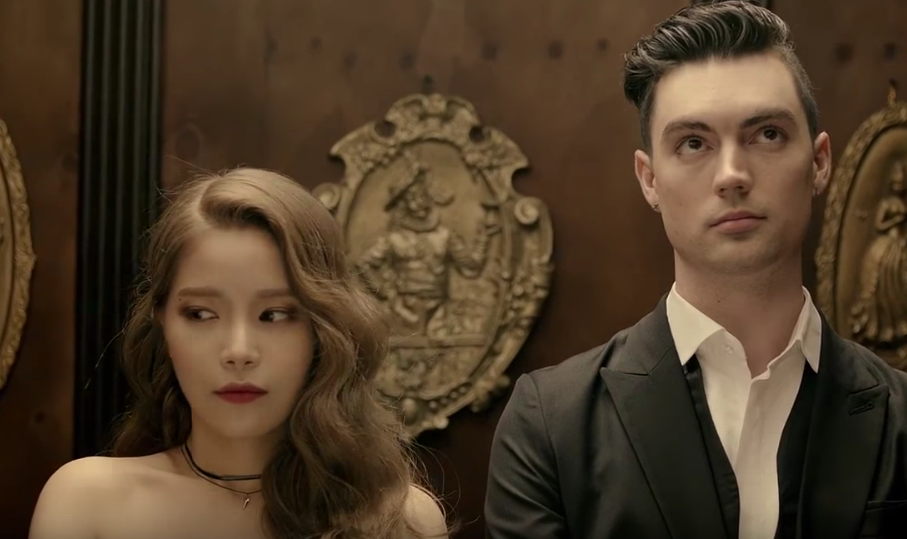 On November 7, MAMAMOO held a showcase for the release of their fourth mini-album “Memory.” During the showcase, Solar talked about the controversy regarding her kiss scene for their “Décalcomanie” music video.

“We mentioned before that we’ve returned with a femme fatale concept, but out of the four kiss scenes, three of the members led the kiss. We wondered what it would be like if one kiss scene was different, so I went with a different concept,” explained Solar.

She continued, saying, “Each kiss scene was different, but mine was especially filmed differently. At the time of filming, many people reacted by saying it looked cool, so I was personally proud. And while some people had positive reactions, I think it’s possible for people to see it through a different lens. We thought about a lot of different things while preparing it, so please watch it well!”

While Solar’s kiss scene was part of the originally uploaded music video on November 6, MAMAMOO’s official YouTube channel uploaded another version of the music video without the kiss scene on November 7, 6 p.m. KST. Many users on YouTube have commented that the scene was uncomfortable to watch, as it looked like sexual assault.

You can watch both versions of MAMAMOO’s “Décalcomanie” MV below: