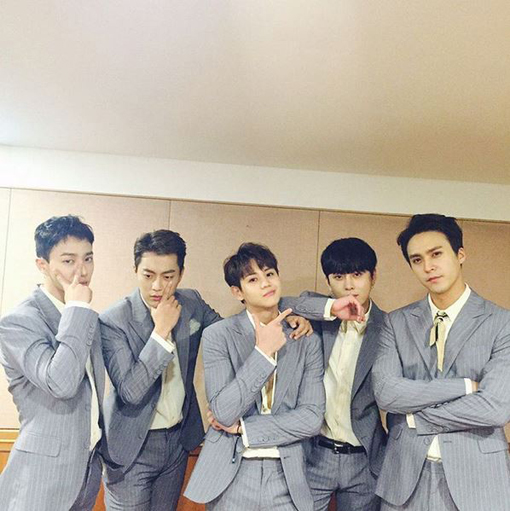 Earlier today, a news report stated that BEAST might be returning to Cube Entertainment, their former home and company that formed the group.

According to sources within the industry, BEAST, whose contract with Cube ended in October 15, had planned to set up their own agency with investment from a Hong Kong entertainment company. The group was going to announce this soon after their contract with Cube ended. However, difference in expectations in the size of the investment and the schedule for setting up their own agency occurred, causing delays and uncertainty.

The group’s name became a factor to consider as well. With Cube Entertainment registering the group’s name as a trademark, BEAST would no longer be able to use their name under an independent agency. One entertainment source revealed, “Though the members have big dreams about setting up an independent agency, their original plans have been disrupted, causing them to be in a situation where they cannot exclude the possibility of returning to Cube. If they were to return, there is a possibility that they would be able to create a sub-label within Cube to have their own independent promotions.”

On November 9, a Cube Entertainment source responded to the reports, saying, “There’s nothing that has been decided yet. We are hoping that BEAST will return. We are continuously proposing a contract renewal.”