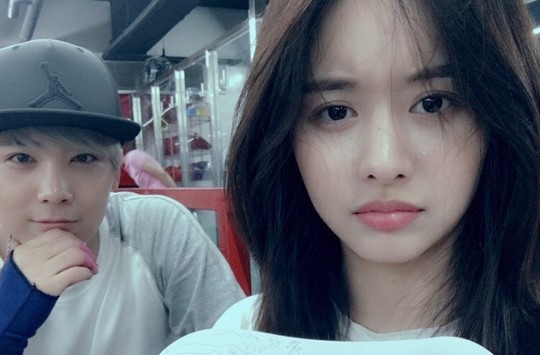 FTISLAND’s Lee Hong Ki and actor Han Bo Reum have confirmed that they are dating.

On November 9, a source from FNC Entertainment said, “After checking with Lee Hong Ki himself, it has been confirmed that the two are currently dating.”

Previously, the pair had been rumored to be dating in August. However, they denied the rumors and said that they were merely close friends.

The agency sources have revealed that the couple were indeed close friends at that time but later became romantically involved. The source from KeyEast explained that they became closer to one another through their shared hobby of bowling.

Lee Hong Ki is 26 and Han Bo Reum is 29, meaning they have a three-year age difference.

Han Bo Reum
Lee Hong Ki
How does this article make you feel?