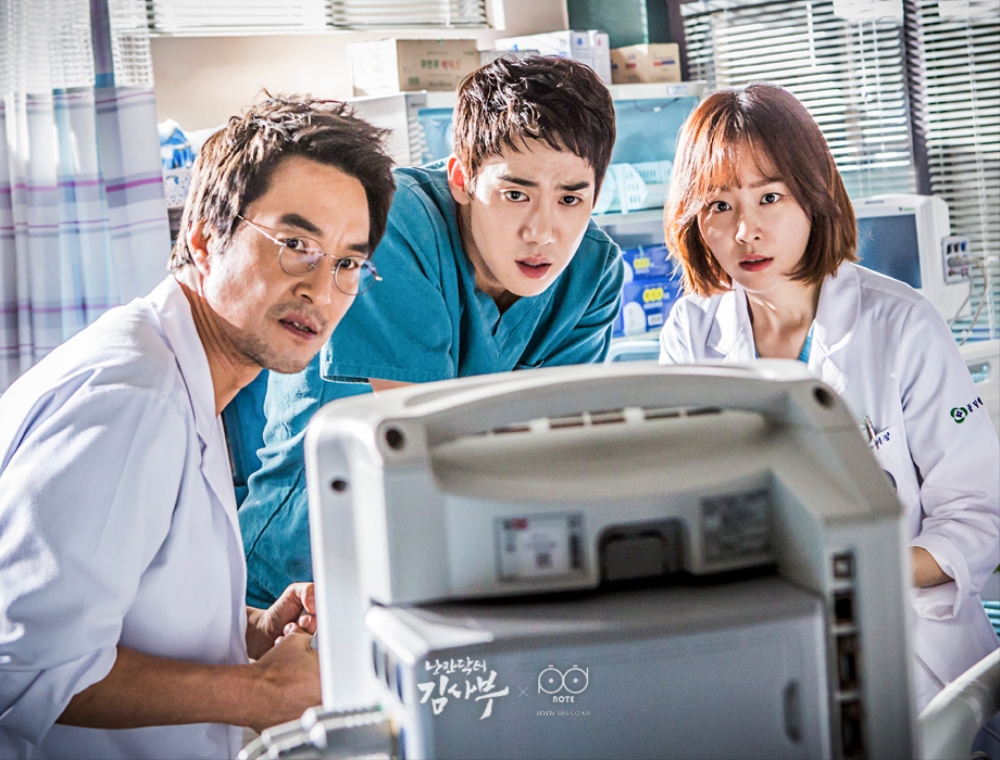 On November 9, Nielsen Korean revealed that the second episode of “Romantic Doctor Kim” on November 8 garnered a rating of 10.8 percent. This 1.3 percent increase from the first episode’s 9.5 percent rating earned the drama the number one spot in its time slot.

Meanwhile, MBC’s “Woman With a Suitcase” also performed well with a 9.1 percent viewership rating, 0.9 percent higher than its previous episode, while KBS2’s “The Man Living in Our House” has yet to regain momentum with 6.4 percent.

“Romantic Doctor Kim” stars Han Suk Kyu as Boo Yong Joo, a once famous surgeon who suddenly gives it all up one day to live in seclusion and work as a neighborhood doctor in a small town. He now goes by “Teacher Kim” and refers to himself as the “Romantic Doctor.” Yoo Yeon Seok stars as Kang Dong Joo, who grew up poor and worked hard to become a doctor to earn money and prestige. Seo Hyun Jin stars as Yoon Seo Jung, a passionate surgeon haunted by a past mistake and is trying to get over it. Dong Joo and Seo Jung meet the mysterious Teacher Kim, changing their lives forever.

Catch the latest episode of “Romantic Doctor Kim” below!