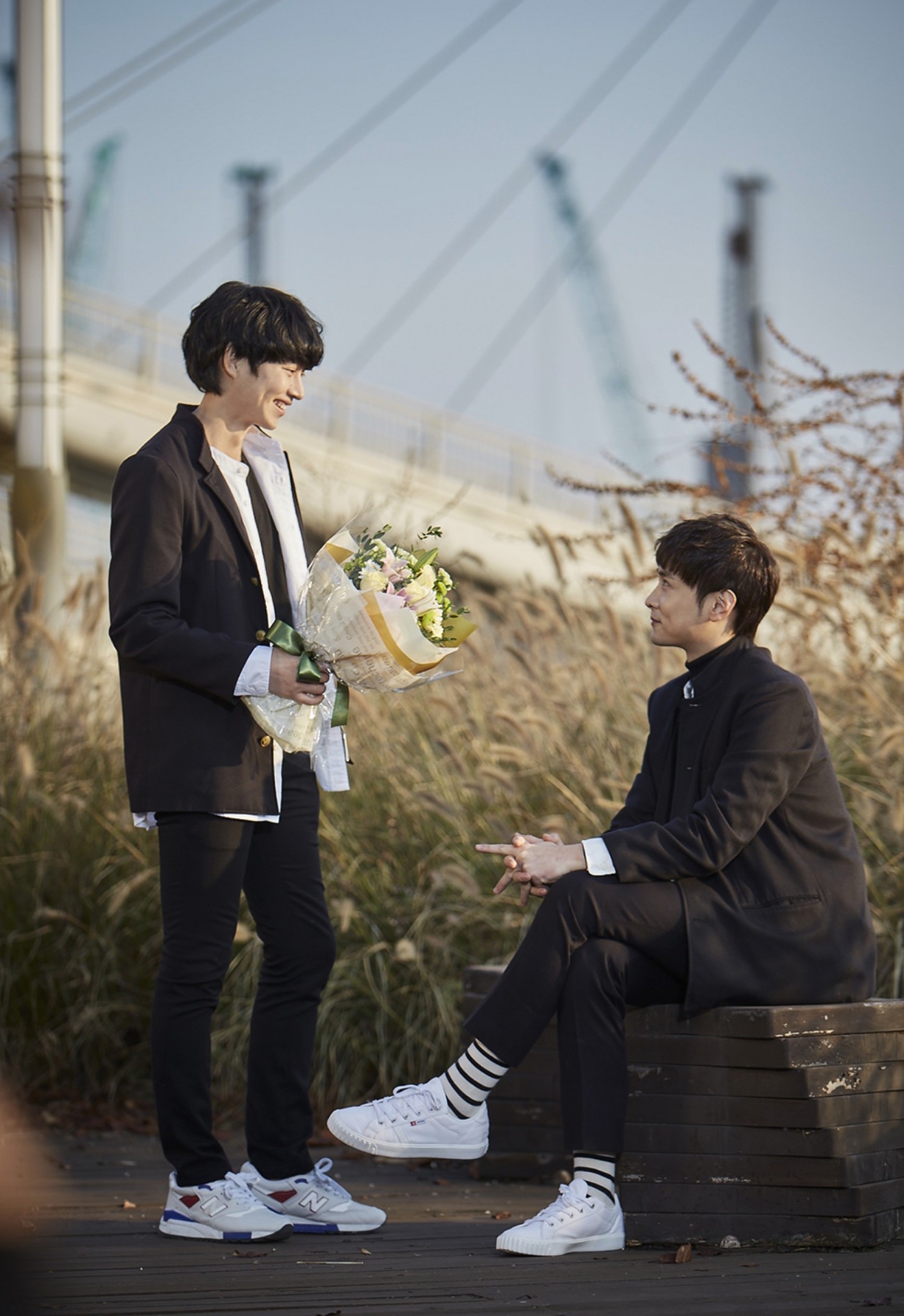 The popular bickering cast mates of the JTBC variety show “Ask Us Anything” will be teaming up for the next SM STATION release.

On November 11, SM Entertainment released a teaser image of Super Junior’s Kim Heechul and Min Kyung Hoon to announce they will be the next collaboration to feature on SM STATION. In the picture, the two look more like a high school couple as Kim Heechul grins and holds a bouquet in front of Min Kyung Hoon, who is sitting and looking up at him.

They also reveal the title of the track will be “Sweet Dream” and it will be released on November 19.

Are you excited to see what kind of song they will release?