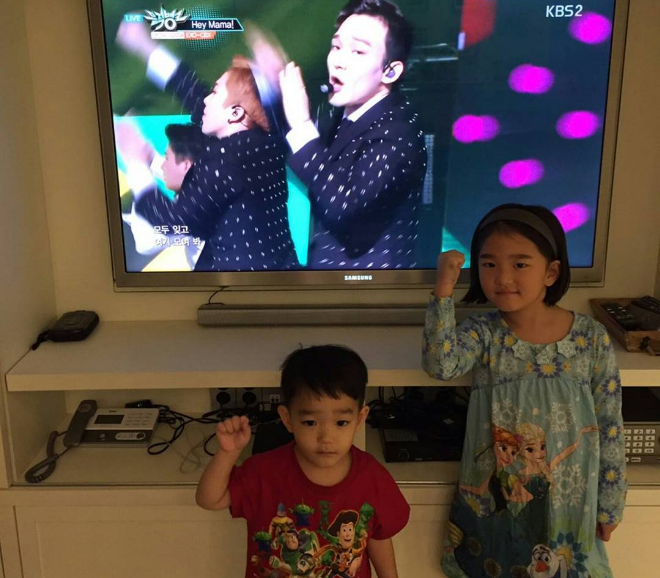 SoDa Siblings Are Always Ready To Cheer On Their Favorite Uncle, EXO-CBX’s Chen

It’s been a couple of months since their adorable playdate with EXO’s Chen and Xiumin, and it seems like the SoDa siblings miss their favorite uncles a lot!

On November 11, actor Lee Bum Soo’s wife Lee Yoon Jin revealed photos of her children in front of a television screen, which shows a close-up of Chen from EXO-CBX’s stage from this day’s episode of Music Bank.

Their mother reveals that while the siblings are currently sick, they danced happily when EXO-CBX appeared on the screen.

In a different photo, she wrote, “Even though he’s hurting from his fever and the flu, when #ChenBaekXi came on, Da Eul shook his shoulders up and down [and said,] ‘Chen, let’s play with dinosaurs together~!'”

The EXO members also appear to be fond of the kids as well, as Chen also previously sent the siblings some sweet and thoughtful gifts as well as fellow EXO member Suho.

Hopefully they will all reunite soon for another fun playdate!

Da Eul
So-Eul
Chen
EXO-CBX
How does this article make you feel?