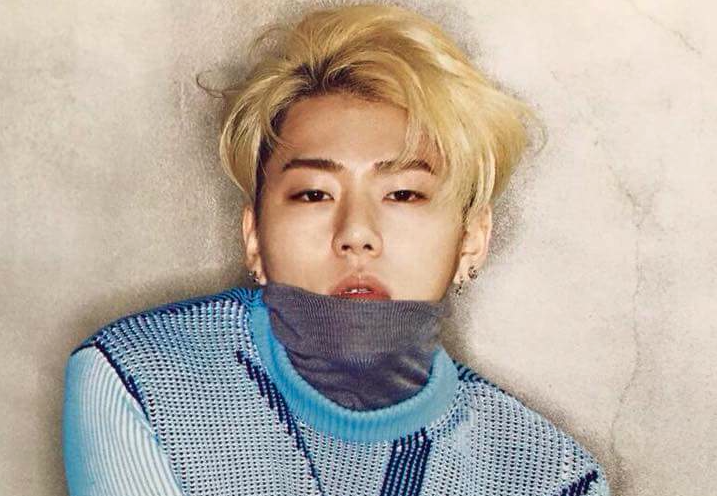 Ever hear a K-pop song that completely touches your soul and has you listening to it on loop for days on end? Better yet, how about when you find out that song is written and produced from a popular K-pop idol? Not only is that K-pop idol a singer, rapper, dancer, and visually above average, he/she can also produce and write songs that are, in your opinion, pretty much the best songs of all time. Before you know it, this K-pop idol is producing some of the biggest hit songs from your favorite groups. Nowadays, it isn’t uncommon to see idols becoming singer/songwriters and being requested by other companies or idol groups to produce their music. So, who are some of these musical geniuses that are highly sought after?

Here’s a look at my top nine (in no particular order)!

IU, Korea’s “little sister,” has an impressive track record of hit singles, some of which were written by the idol herself. It’s no secret that she can play the guitar and can come up with some sweet melodies. She’s even been on the show “Infinite Challenge” where she produced a song for Park Myung Soo. My favorite song that she ever composed was on the OST for the drama “The Greatest Love” titled “Hold My Hand.” This was an impressive feat as it was her first ever self-composed song and it reached No. 2 on the Gaon Digital Charts.

After having co-written the lyrics to a few of SHINee’s songs, Jonghyun took a shot at producing, which turned out to be pretty successful. Remember the song “Obsession?” Soooooo good, right? It was basically uphill from there as he went on to write and co-write many other hit songs for SHINee and other K-pop idols, which include “Modern Times” for IU, “Red Candle” for Son Dam Bi, “Playboy” for EXO, “Already” for Taemin, and the list goes on! Jonghyun also released a solo EP album titled “Base,” for which he wrote most of the songs along with some other popular producers.

Check out the breathtaking song he produced for Lee Hi:

Aren’t Zion.T’s songs just so catchy?! Seriously, it’s hard not to put them on loop once you hear one for the first time. His self-produced songs can be in a genre of their own as they’ve got so many different components all bundled up in one: groove, funk, rap, and R&B. His unique style and effortless ability to produce such songs have made him one of the top producers in the K-music industry and have even gotten him a contract with YG Entertainment. Some of his self-composed hit songs include “Yanghwa Bridge,” “Eat,” and “No Make-Up” — all of which were huge hits!

Check out the song he most recently produced on the show “Show Me The Money 5,” titled “Knock”:

His performance gives me chills.

No, I’m not including Gray on this list only for his looks… Although, his pretty face has gotten him far in his career as he’s even been in a few CF’s; he’s always called the “visual” producer in AOMG and rightfully so! On top of the fact that he’s easy on the eyes, he’s a skilled producer who releases smooth R&B songs that give you butterflies. He’s not only been invited to produce on several variety shows like “Unpretty Rapstar,” “Sugar Man,” and “Show Me the Money,” but he’s also collaborated with some of the best K-pop artists/rappers in the Korean music industry like Dok2, Swings, Zion.T, Crush, Tiffany, and ELO.

Here’s one of the songs he produced on “Show Me the Money 5” that reached No. 1 on the charts:

Dean is a a natural-born singer/songwriter. Having started writing songs from his bedroom at the age of 16, Dean quickly got producing gigs and was even credited on tracks for EXO’s “Black Pearl” and VIXX’s “Voodoo Doll.” He went on to become an even more legit and well-known producer in the United States as he was able to work with American Grammy award winner Eric Bellinger on the song “I’m Not Sorry.” In March of 2016, Dean released his an EP, which he fully produced and wrote by himself along with some contributions from other artists. Have a listen to one of his popular tracks!

I really didn’t take Zico seriously as a producer until he made an appearance on “Show Me The Money 4.” He was the younger and less experienced producer out of the bunch, but he definitely held his ground and exceeded expectations when he produced several hit songs for his team members including “Okey Dokey” and “Turtle Ship.” He was even able to get Song Mino to the final round with the song “Fear,” which featured none other than BIGBANG’s Taeyang. How awesome was the song? He definitely proved himself worthy to be called one of the best producers in K-pop!

I definitely watched this performance more than once.

Did you know that this cutie wrote most of the songs for CNBLUE? On top of this, he’s also written various tracks for other artists, commercials, and OSTs. Remember the song “Because I Miss You” in his drama “Heartstrings?” He’s constantly in the spotlight for his producing capabilities and has gained a lot of respect from fellow idols. This musical genius not only has a knack for making catchy choruses and melodies, but he also plays several instruments. “Re:Blue” was the fourth Korean album released by CNBLUE and a majority of the songs were composed by Jung Yong Hwa, including their hit song “I’m Sorry.”

This young K-pop idol started producing songs from an app for fun. He had never meant to become a singer/songwriter, but he found out very quickly that he was a natural. Having his first song be featured on one of the B1A4 albums was enough to keep him pursuing this dream. He has not only produced for his own group, but he’s also produced for I.O.I and Oh My Girl. He most recently had a single featured on the OST of the hit drama “Moonlight Drawn by Clouds.”

Check out my favorite song that he produced for I.O.I. Seriously, how does he get the inspiration to make these songs for girl groups?!

When the topic of K-pop idol producers is brought up, it’s almost impossible to not mention G-Dragon. He has produced an endless amount of hits for BIGBANG, which include “Lies,” “Day By Day,” “Bad Boy,” “Bang Bang Bang,” and we can go on and on and on. Almost any song G-Dragon composes is guaranteed to be a hit, especially when he’s collaborating with co-producer, Teddy. And we can’t forget about his various appearances on “Infinite Challenge” where he produced songs for Park Myung Soo, Jung Hyung Don, and even Kwang Hee. Here’s one of the songs that came out to be a huge hit:

Hey Soompiers, who are your favorite K-pop idol producers? Let me know in the comments below!

binahearts is a Soompi writer who can be most often seen singing her heart out at karaoke, walking her dog, or indulging in dessert. Her current obsessions include Song Joong Ki, Big Bang, and The K2 (mostly Ji Chang Wook). Make sure you follow binahearts on Instagram as she journeys through her latest Korean crazes!