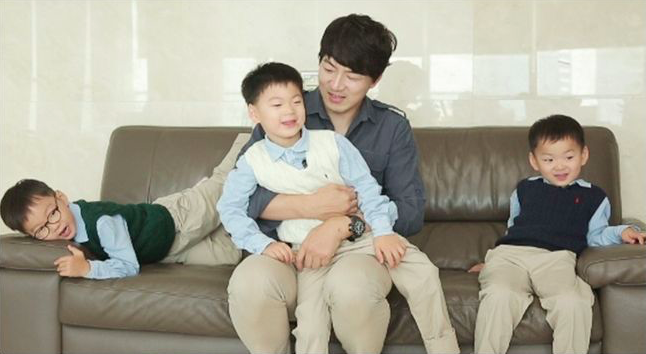 The upcoming episode of KBS2’s “The Return of Superman” commemorates the third anniversary of the show and will feature a special appearance from the beloved Song Triplets.

“The Return of Superman” has released additional images and details from the triplets’ appearance.

The brothers have grown considerably since their departure from the show approximately nine months ago. However, they’re still the same adorable, curious, and energetic triplets.

Daehan, Minguk, and Manse melt hearts as they show their affection for their uncle cameramen. They kiss their uncles and stay by their sides.

You can watch the triplets when the next episode airs on November 13.

Meanwhile, check out the latest episode below!