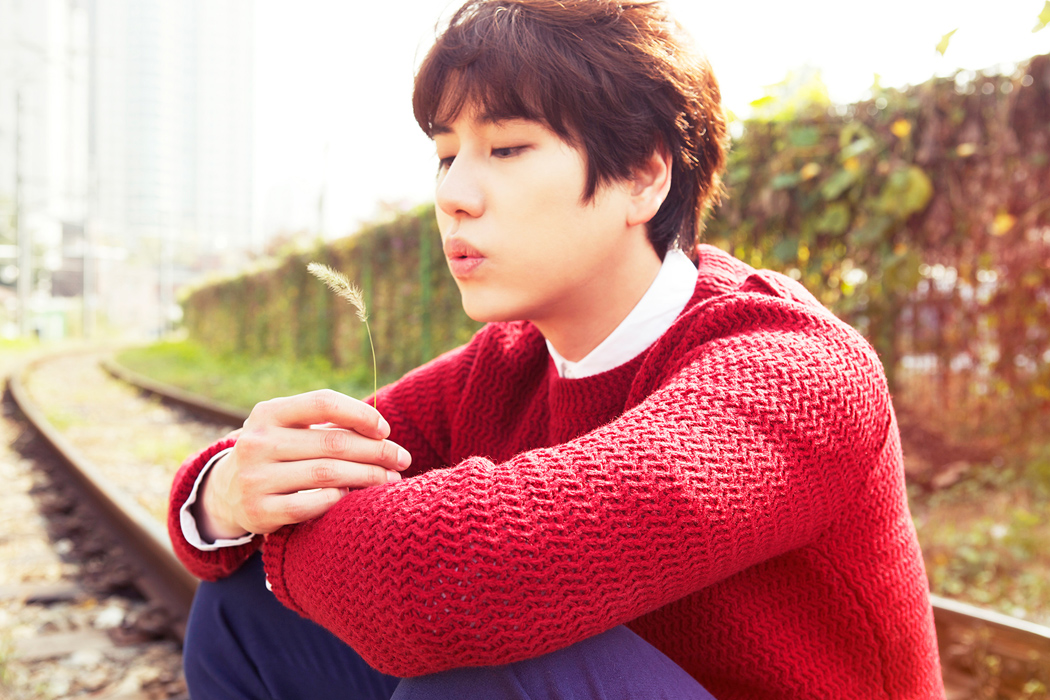 In a recent interview for his latest solo comeback, Super Junior’s Kyuhyun was asked to name a successor to his title of “SM’s Ballad Prince.”

“I don’t think I’m the prince,” he said. “I could be dried pollack, or a fetus.” (Both are puns on the Korean word for ‘crown prince.’)

More seriously, he said, “I’m not sure. In terms of similar vibe, I think Onew is a possibility. It’s not that I think of him as somehow ‘behind’ me in line. I just think he’s a really talented junior. If I go further, I think EXO’s Chen is a possibility too.”

Kyuhyun also shared his diverse musical tastes, saying, “I listen to ballads in all four seasons but I also enjoy hip-hop. I also don’t like ballads when it’s really hot. My last song came out in October but it was still hot so I didn’t even want to listen to it. I think that ballads should come out when it gets cold.”