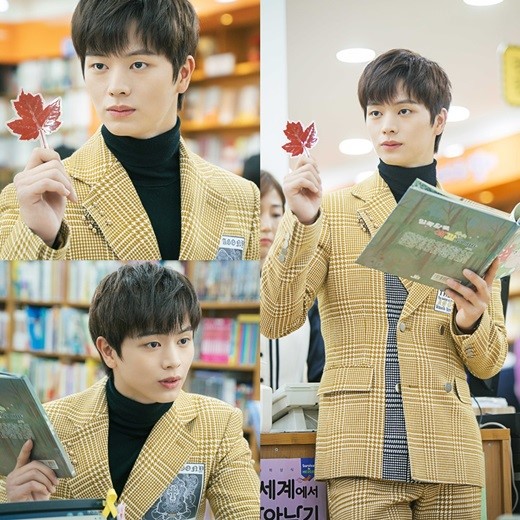 The upcoming tvN drama “Goblin” has released some stills of BTOB’s Yook Sungjae in his role as the son of a wealthy family.

The singer and actor embraces his role head-first in a gold suit that shows off his obvious wealth and good looks. His character is named Yook Deok Hwa and he is the third-generation heir and the eldest grandson of a conglomerate family.

His family also has a connection to the titular goblin, played by Gong Yoo, and Yook Sungjae ends up having to work for him.

Yook Sungjae surprised the staff with his cheerful attitude and hard work, asking the director about little details like hand gestures and and preparing well even for small scenes.

“Yook Sungjae was the perfect fit for Yoo Deok Hwa, the goblin’s vassal, who embraces both overconfidence and comedy and warmth,” the production staff said. “He is a very refreshing character next to Gong Yoo’s immortal goblin.”

“Goblin” is written by Kim Eun Sook and directed by Lee Eung Bok and will air its first episode on December 2 at 8 p.m. KST.

BTOB
Yook Sungjae
Goblin
How does this article make you feel?