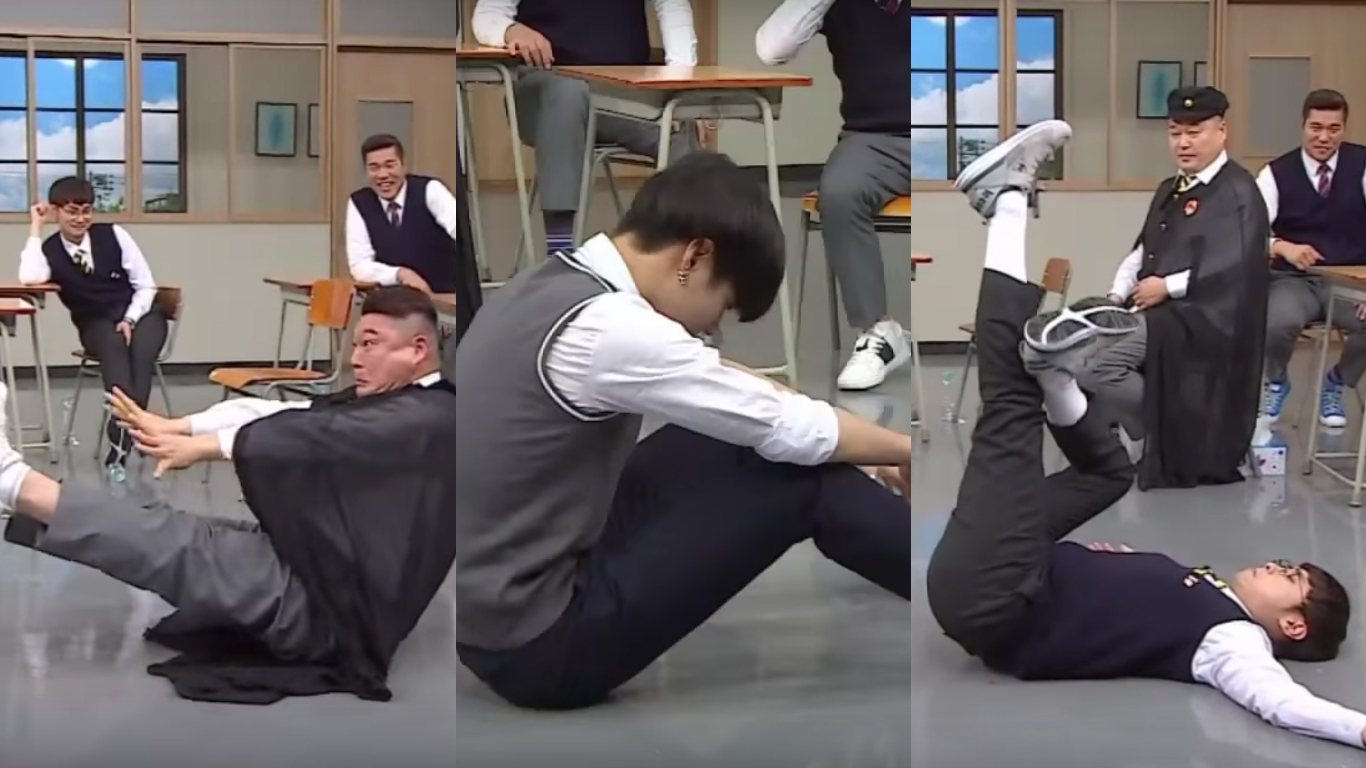 During SHINee’s guest appearance on the November 12 episode of “Ask Us Anything,” member Minho revealed that a dream of Taemin’s is to have the choreography for his most recent solo “Goodbye” (also known as “Sayonara Hitori” in Japanese) be more well-known.

At everyone’s insistence, SHINee’s youngest member first demonstrated the gorgeous, but difficult modern dance that previously gained him a win on the dance competition show, “Hit the Stage.”

Taken aback after watching the performance, Kang Ho Dong asked, “So, you want to make this a trend and we have to [perform] it?” After casting his doubts aside, the entertainer put on a priceless performance inspired by Taemin’s impassioned dance. 50 percent of it was basically him trying his hardest to sit up, another 45 percent was his facial expressions, and the remaining 5 percent was a surprisingly similar parody of the actual dance itself.

Cast member Min Kyung Hoon also tried his hand at the dance and, of course, also added his own spin on things. He unabashedly incorporated “sensuous” moves to the best of his ability, which caused a comical and entertaining result.

SHINee
Knowing Bros
Taemin
How does this article make you feel?