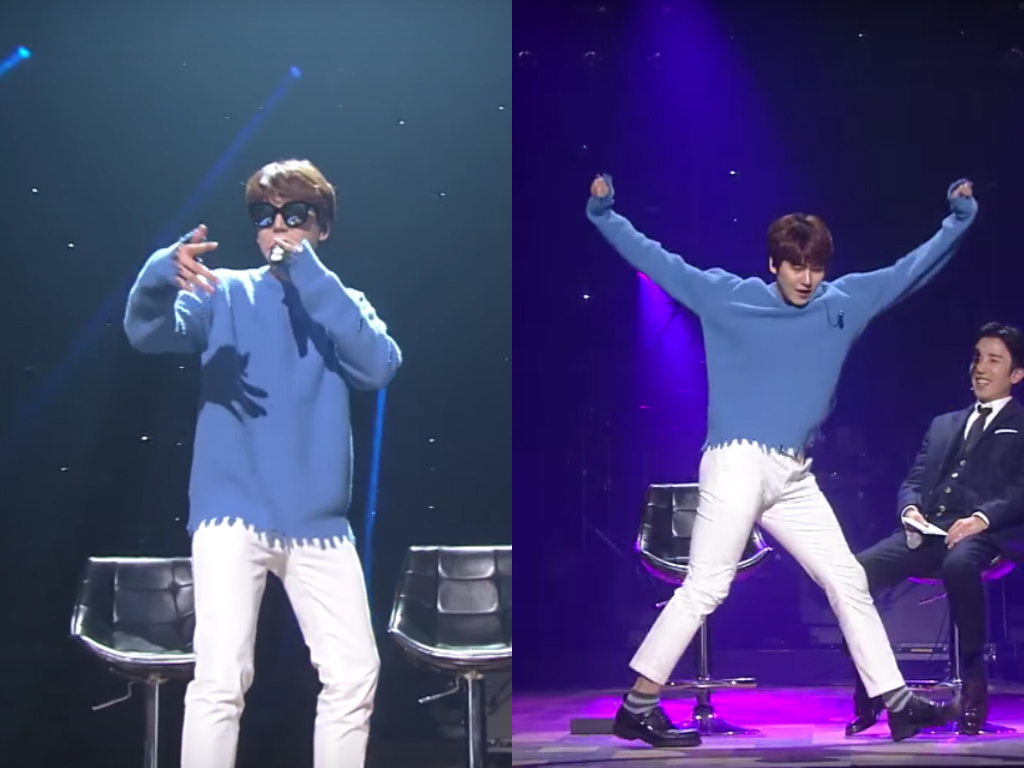 On the November 12 episode of “Yoo Hee Yeol’s Sketchbook,” Super Junior’s Kyuhyun proved that he can do more than just sing.

After opening the segment with his 2014 hit solo, “At Gwanghwamun,” the idol sat down to talk about his latest promotions with double title tracks “Blah Blah” and “Still.”

Kyuhyun revealed that he transformed into rapper BewhY at his most recent concert and insisted that he “has swag within [him], or ‘Kyu-wag.'” He then donned sunglasses and performed a short bit of BewhY’s “Forever” for the crowd to demonstrate what he meant. The singer spat out unexpectedly clean verses as he rode the rhythm of the track, although it slowly started to become more musical as opposed to just a straightforward rap near the end. 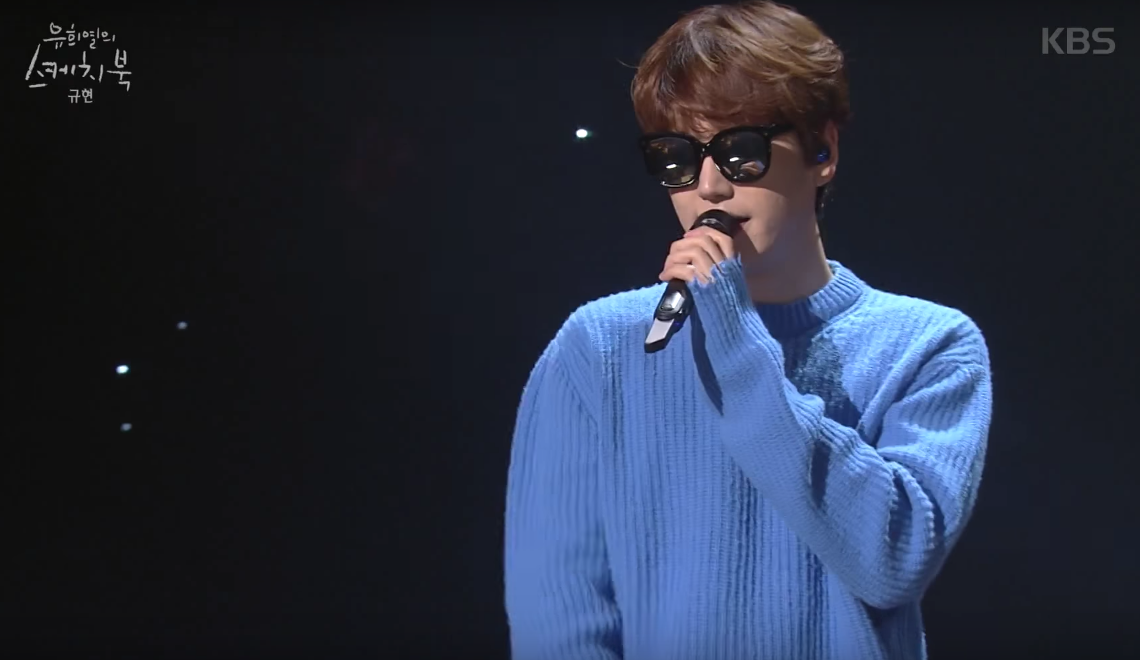 The singer also brought out his fabulous dancing skills and performed his own rendition of TWICE’s “Cheer Up.” Yoo Hee Yeol’s face said it all as Kyuhyun tried to act cute while he went through the iconic choreography. 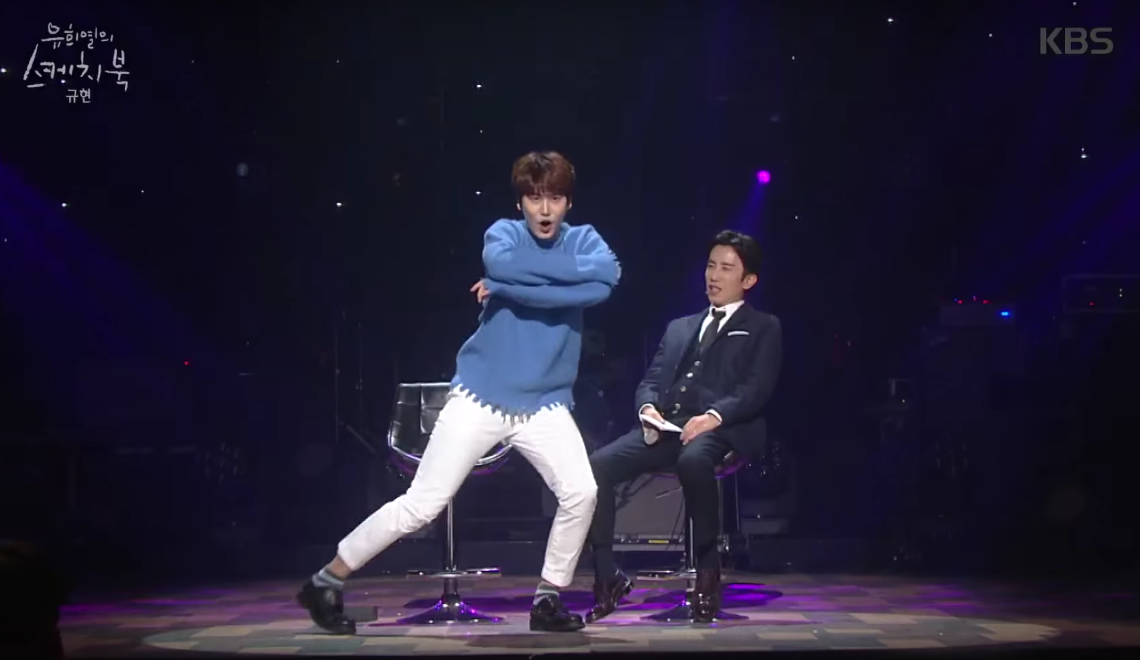 Check out the idol as “KyuwhY” and “KyuWICE” here and here!

Which version of Kyuhyun is your favorite?

Super Junior
Kyuhyun
Yoo Hee Yeol
How does this article make you feel?