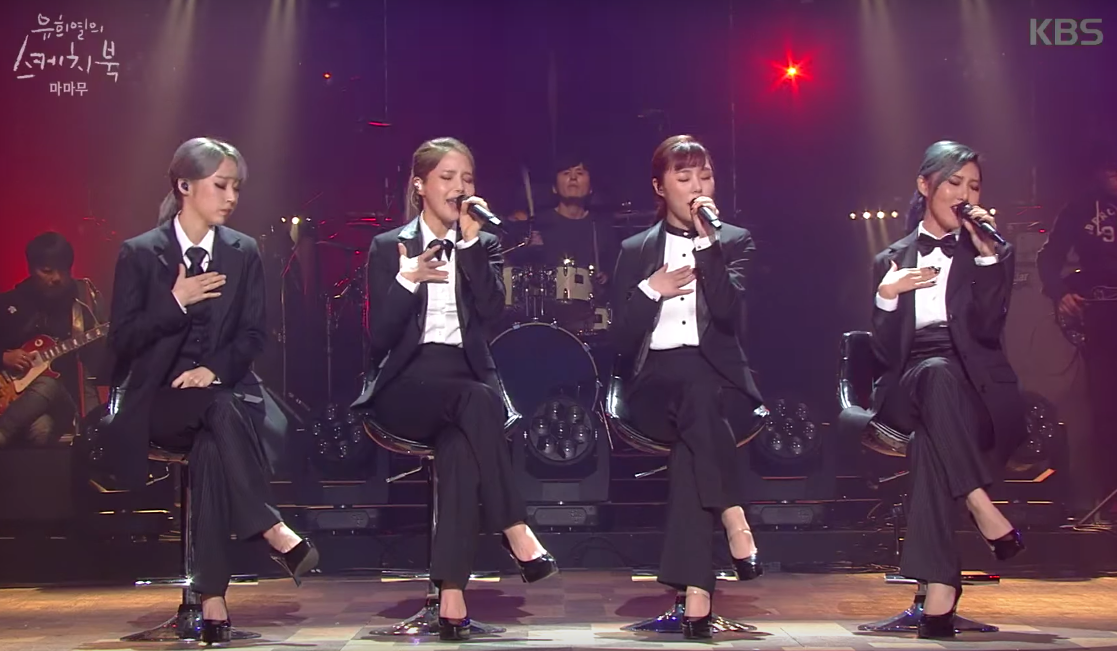 MAMAMOO Describes Their Latest Concept And The “Femme Fatale” Inspiration

On November 12, MAMAMOO made a guest appearance on KBS2’s “Yoo Hee Yeol’s Sketchbook, where they put on another stellar performance of “Décalcomanie” and sat down for a candid interview.

From “beagles” to “girl crushes” and now “femme fatales,” the group has made a name for themselves for the dynamic and strong concepts they always bring to the table.

“This time our concept is ‘energetic sexy,'” member Wheein explained. The girls also revealed that in order to fully understand the image of a “femme fatale,” they watched movies upon movies that depicted such characters. Hwasa said, “I practiced my expressions while watching Kim Hye Soo in “Tazza: The High Rollers.”

To match their new concept, the girls also prepared another amazing medley, this time featuring songs from female singers with a strong image. Their performance remixed Lee Hyori’s “10 Minutes,” Jewelry’s “Baby One More Time,” and Son Dambi’s “Crazy” into a great R&B track.

Which one of MAMAMOO’s concepts is your personal favorite?

MAMAMOO
Yoo Hee Yeol's Sketchbook
How does this article make you feel?