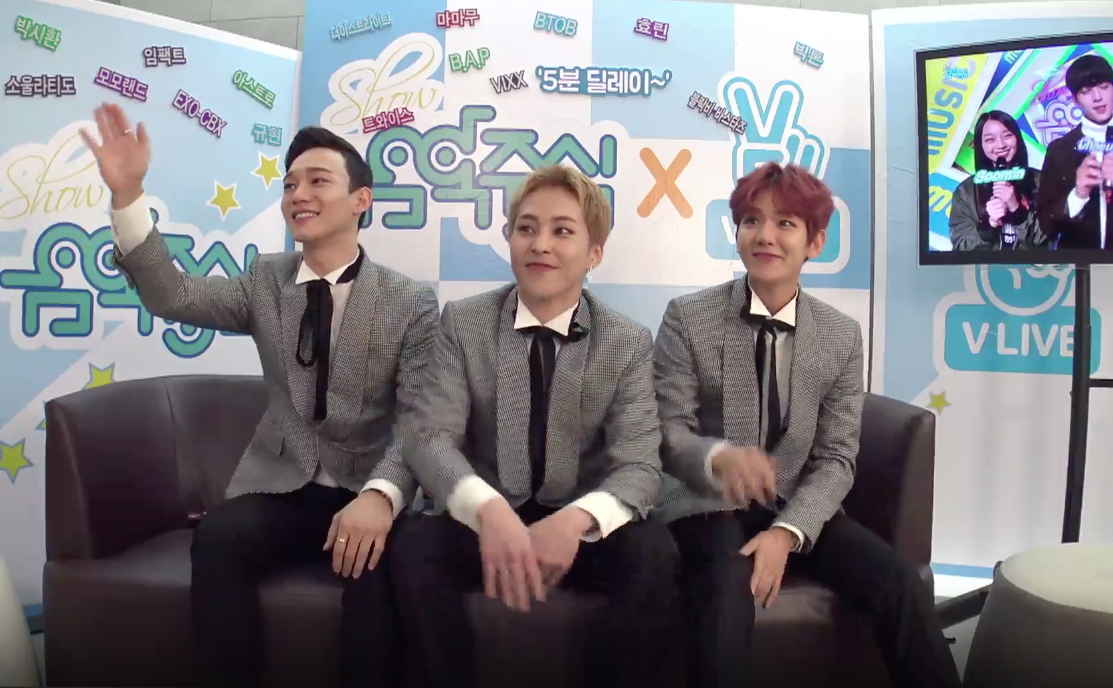 Watch: EXO-CBX, VIXX, BTOB, B.A.P, And More Make Each Other Laugh And React To Their “Music Core” Performances

On November 12, “Music Core” teamed up with Naver’s V App once again to show this week’s performers reacting to their own stages live!

This week’s live broadcast of “5 Minute Delay” will especially leave you wanting another camera to be set up as so many things seem to happen offscreen.

Freshly debuted rookie groups MOMOLAND and VICTON excitedly explained various parts of their dance and concepts, while other groups such as MAMAMOO amusingly fell into JPG mode and barely moved, let alone talk, because they were solely concentrated on monitoring themselves. 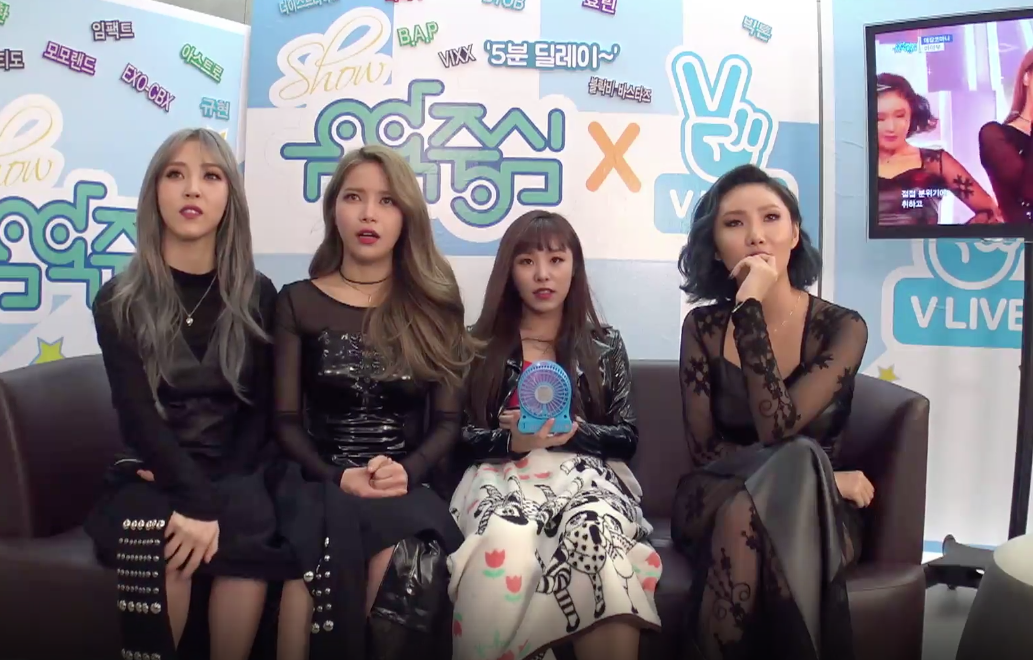 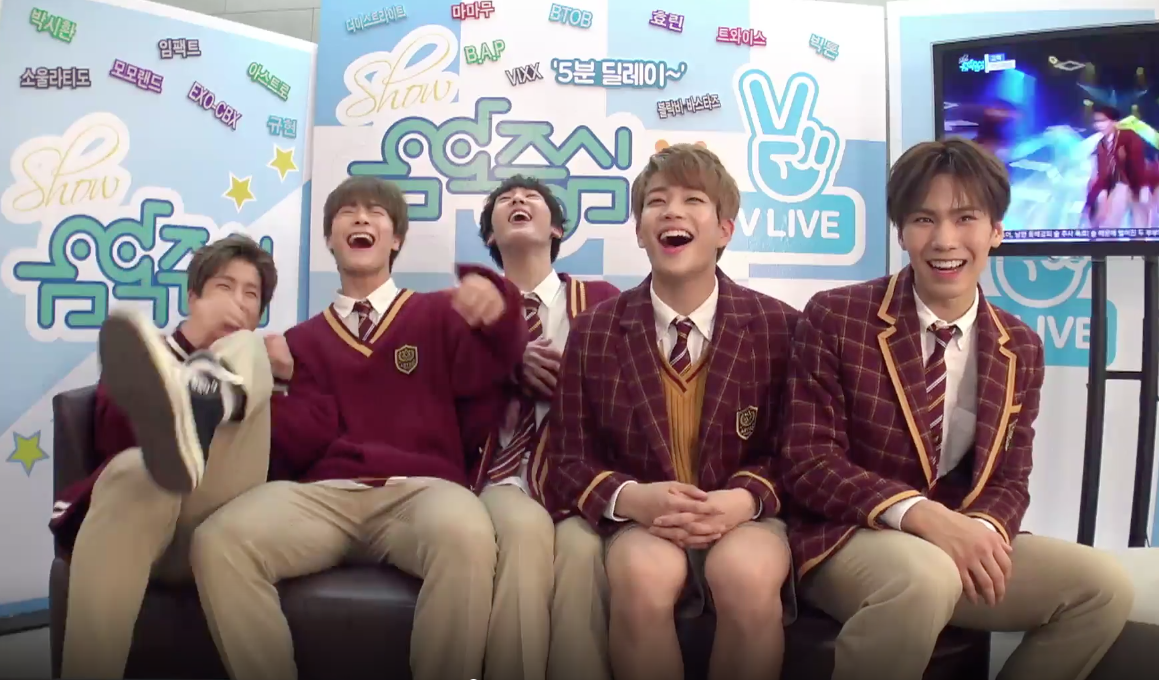 There were many fun moments as well, like how an introduction of Block B BASTARZ’s outfits turned into a conversation of how U-Kwon’s pants ripped mid-performance, which then became a game of trying to see if it was noticeable and pointing out all of U-Kwon’s reactions to the accident. Meanwhile, ASTRO became member Cha Eun Woo’s biggest fans and couldn’t stop swooning (or screaming), while TWICE somehow went from softly singing along to their performance to naming foods they wanted to eat. 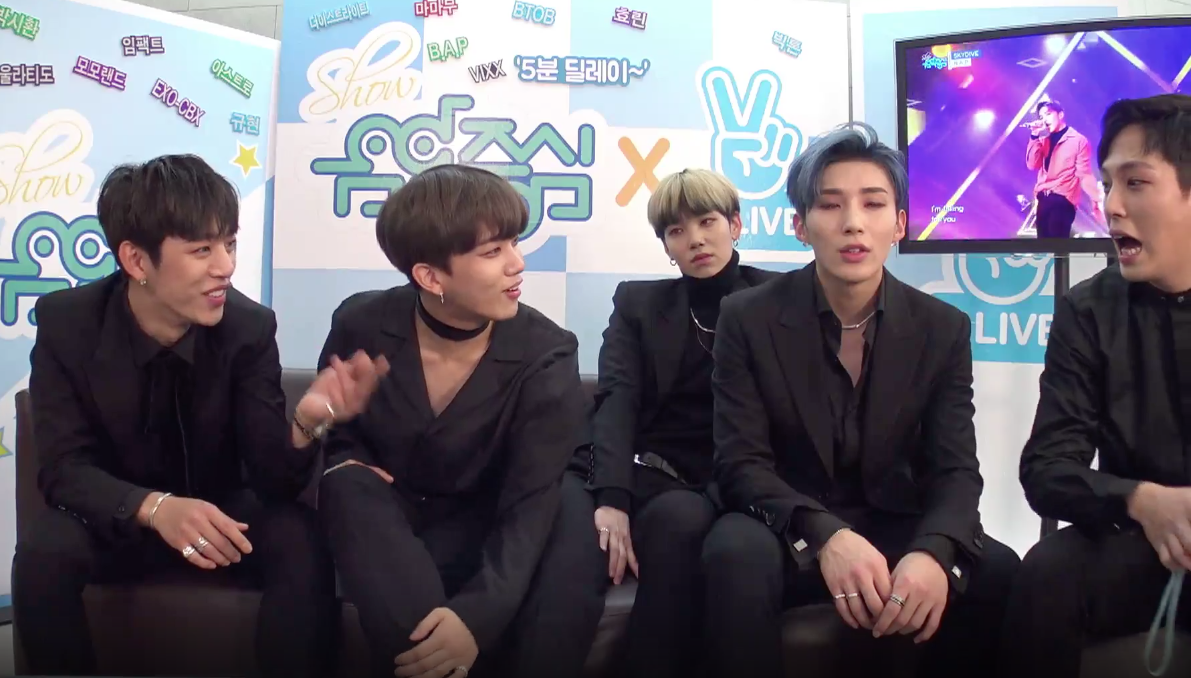 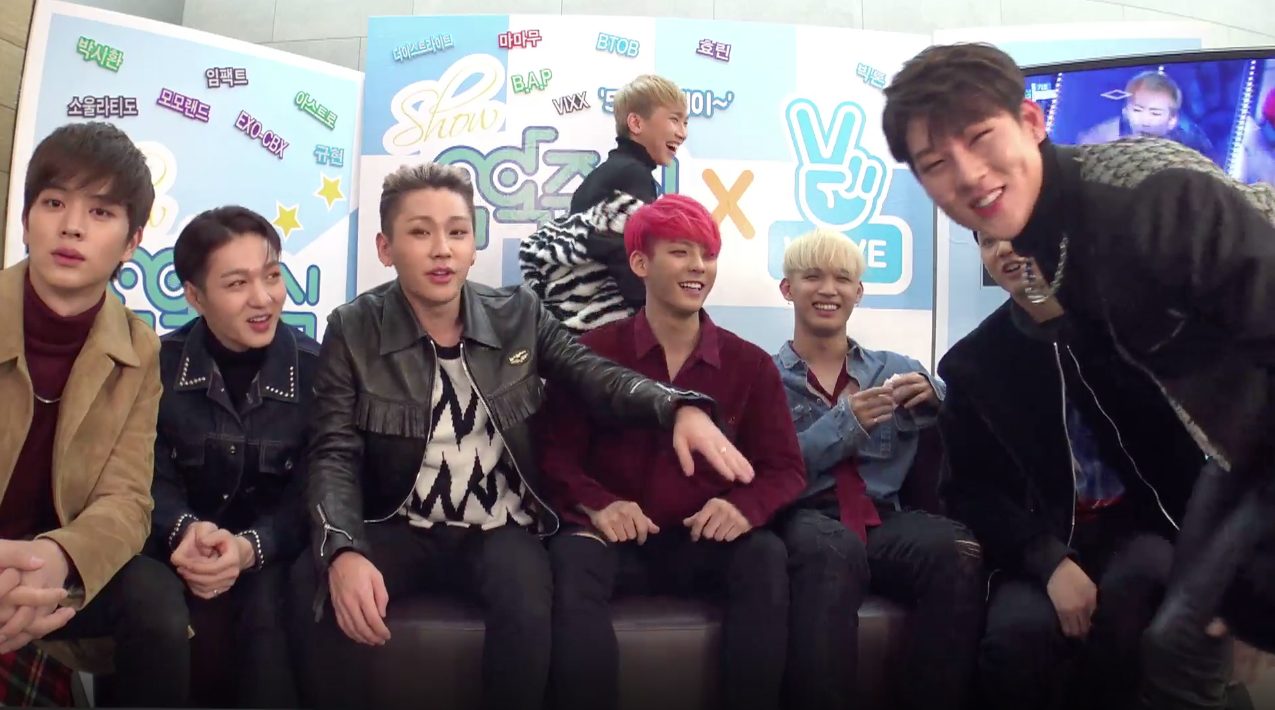 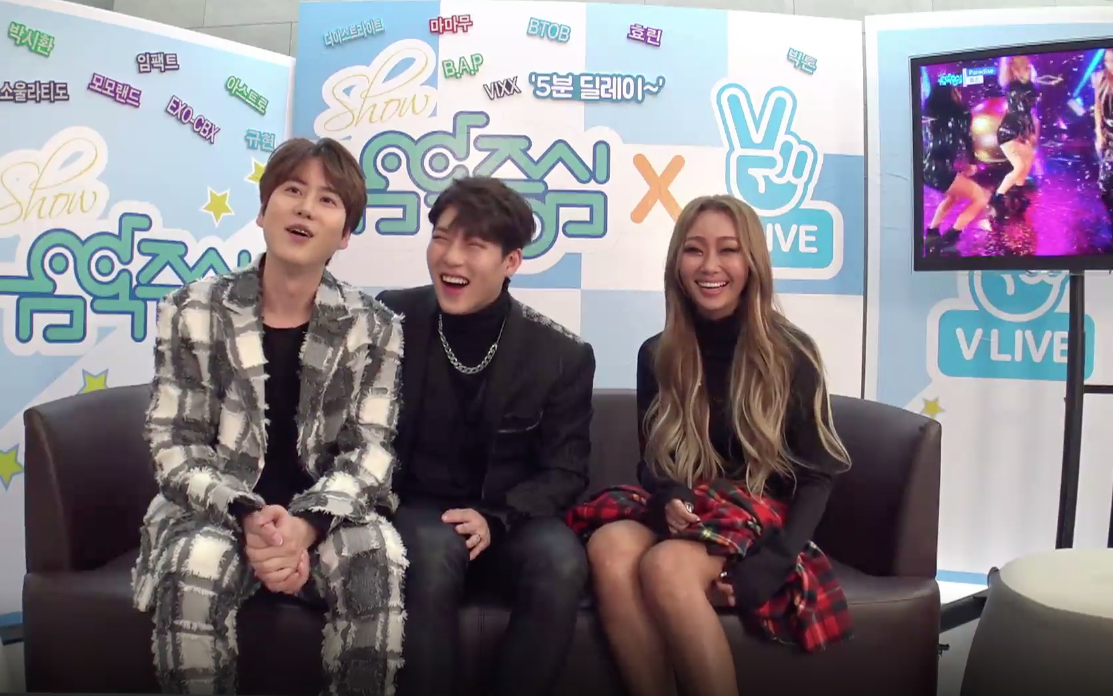 Many of the artists also made surprise appearances when it wasn’t their turn to appear, like BTOB’s Eunkwang who yelled “Wow, just too cool!” when B.A.P was watching themselves, and MONSTA X’s Jooheon who joined BTOB in monitoring their stage. Super Junior’s Kyuhyun also stepped in early to finish watching SISTAR member Hyorin’s stage with her and Jooheon.

VIXX was also watching their performance intently when they suddenly start waving to their friends, EXO-CBX, who entered the room off-camera. While they tried to go back to watching their stage, it ended up being futile they couldn’t stop laughing as Baekhyun hilariously kept on trying to copy VIXX’s dance moves from behind the camera, according to their comments. 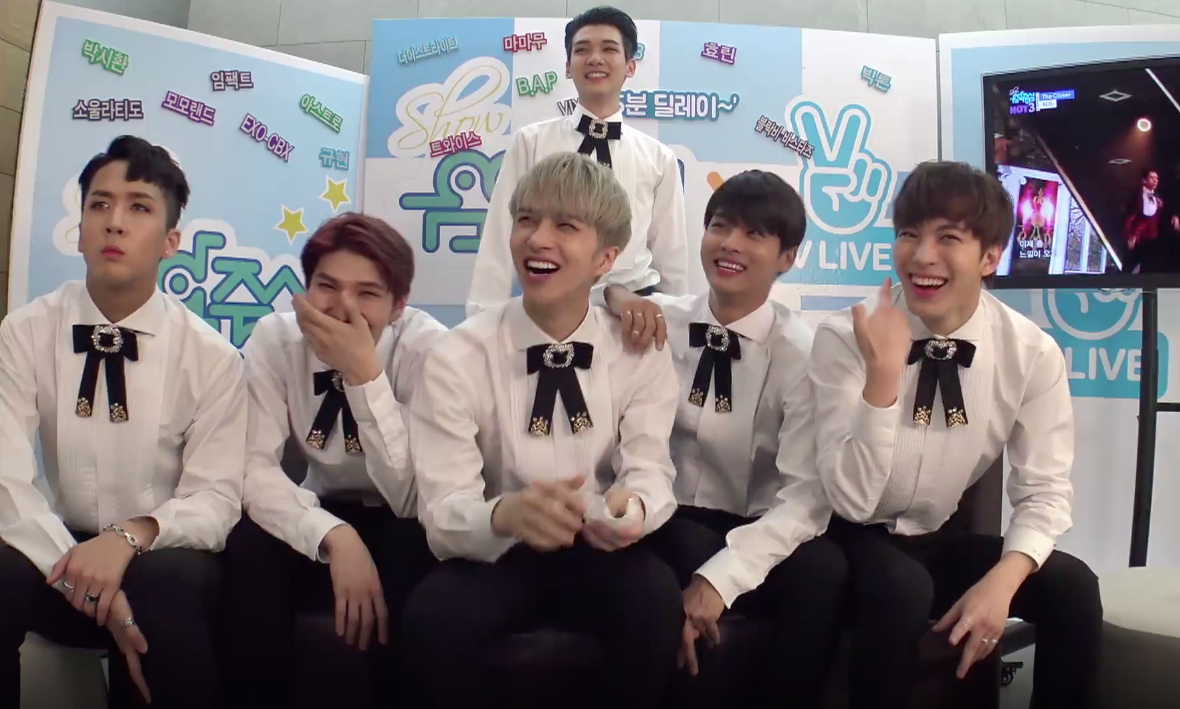 To finish things off, EXO-CBX finally sat down, but not before VIXX’s Ken yells, “I love you!” As their stage began, a miraculous moment occurred for once as Xiumin was the more talkative one and Baekhyun was more subdued, too invested in watching the performance. Member Chen also confidently said that he didn’t make a mistake like last week, but then amusingly retracted that statement less than a minute later.

Don’t forget to also check out (or re-watch) the actual performances from this week!

Let us know what your favorite moment was from this week’s “5 Minute Delay”!