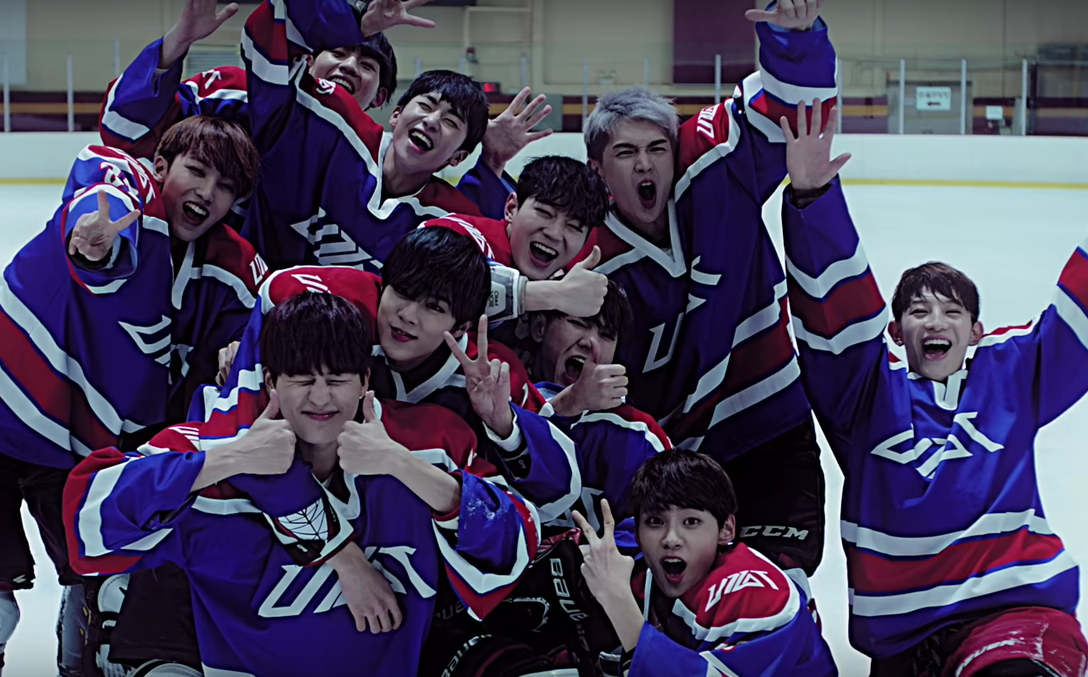 The classic case of friends fighting over a girl strikes again.

On November 14 at midnight KST, UP10TION revealed their first teaser for their title track, “White Night.”

In the video, the members appear to all be a part of the same hockey team, with two of them in particular pining over the same girl (portrayed by none other than I.O.I’s Jeon Somi!). The song itself sounds like an exciting dance track with strong electronic beats.

Their upcoming album, “Burst,” and the title track will be released on November 21 at midnight KST.

Are you excited to hear this newest release from UP10TION?