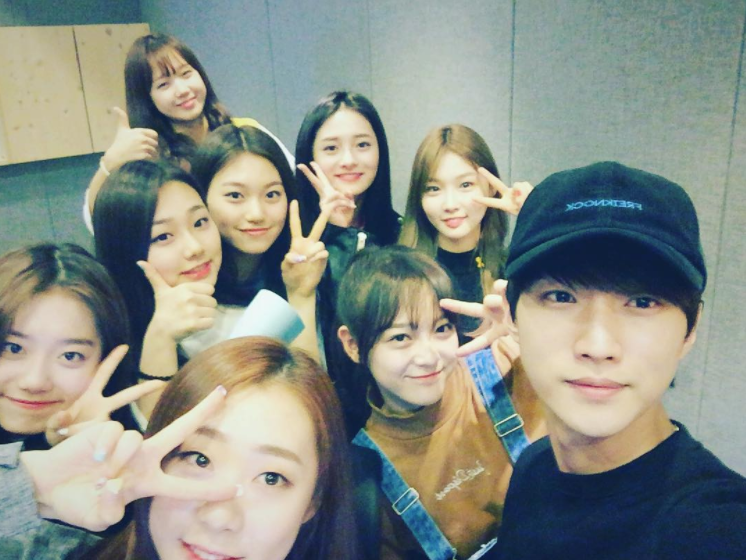 B1A4’s Jinyoung Dishes On The Special Place I.O.I Has In His Heart

In a recent interview, B1A4’s Jinyoung dished on what motivated his decision to compose and produce “Hold Up” (working title) for I.O.I’s second mini album “Miss Me?” despite his busy schedule.

“I got the songwriting request while I was working on a drama, but I was happy. I thought of it as a blessing,” Jinyoung said.

He explained, “It was not only their last album, but I’ve followed them since ‘Produce 101,’ and as it is something I’ve experienced myself, I really empathized with their heart.”

“It felt like I was looking at another version of myself because I personally experienced the same thing. I also dreamed the same dream as them and had the same thoughts,” Jinyoung said.

“Some people have said that they think [I.O.I] has cried too much, but I understand them and empathize with them. So I wanted to really take care of them,” Jinyoung revealed. “That’s why I had more of a desire to participate [in their album].”

Jinyoung also shared that “Hold Up” wasn’t a song he had already made but something he composed specifically for I.O.I after receiving their request.

Meanwhile, Jinyoung is in the final stages of prep for B1A4’s late November comeback.

Did you enjoy Jinyoung’s song for I.O.I?