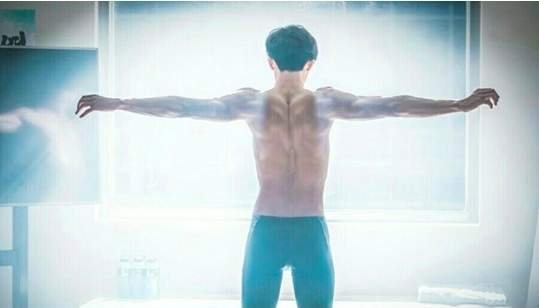 The upcoming MBC drama stars Nam Joo Hyuk in the role of Jung Joon Hyung, a talented swimmer struggling due to issues with race starts.

Although Nam Joo Hyuk had shown a glimpse of his abs in a previous teaser, the drama bares all in the new stills of his character preparing for a swim. 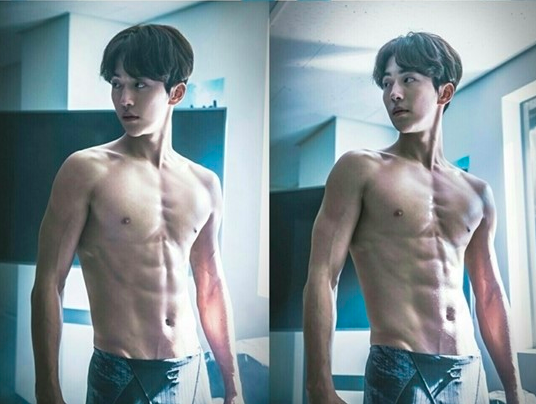 The scene from the stills was filmed on November 9 in an Incheon swimming pool. Reportedly, the staff all started cheering when Nam Joo Hyuk came on set during the scene. However, Nam Joo Hyuk remained very focused on portraying Jung Joon Hyung’s concentration during the warm-up scene.

The production staff said, “Nam Joo Hyuk’s role is a fine balance between bright scenes and darker scenes. He brings out that balance 100 percent. You will be able to see a masculine and mature side of Nam Joo Hyuk that you haven’t seen before.”

“Weightlifting Fairy Kim Bok Joo” is about a 20-year-old weightlifter (Lee Sung Kyung) who experiences an intense first love after focusing only on sports for her whole life.