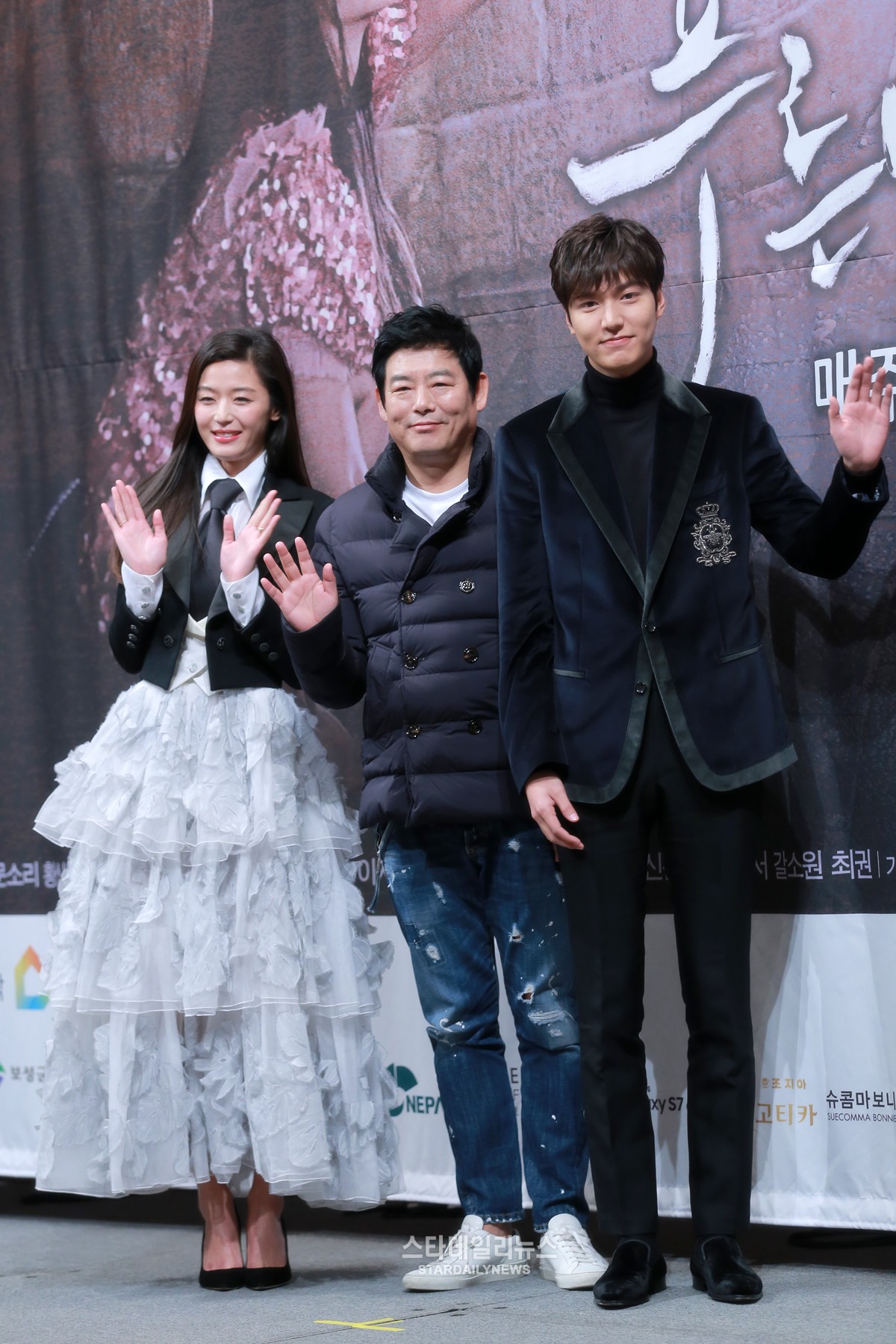 On November 14, SBS’s new Wednesday-Thursday drama “The Legend of the Blue Sea” held a press conference at Imperial Palace in Seoul.

The director and cast poured out their praise for lead actress Jun Ji Hyun.

First, director Jin Hyuk complimented Jun Ji Hyun on her acting and explained how difficult it is to act while swimming.

Jun Ji Hyun later commented, “I don’t want to be a mermaid ever again.” She explained that since she really likes swimming and is on the athletic side, she was confident about the physical aspect of her portraying her character. However, she revealed that it was very difficult and that she felt the extent of her physical strength.

She joked, “Every day I think about how I never want to play a character that requires water, fire, and special vocational training. But I have no regrets when I see my mermaid self on screen. I gained a lot of courage from that.”

Her co-star Sung Dong Il praised her as well and said, “I first met Jun Ji Hyun at the top of a mountain. She was in water for 4-5 hours. Even though she’s popular and is paid highly, she didn’t complain.”

He also explained that he knows a thing or two about postnatal care because he has three kids and commended Jun Ji Hyun on not complaining despite having to be in water for a very long time.

You can watch Jun Ji Hyun portray her mermaid character when “The Legend of the Blue Sea” airs on November 16. It will be exclusively available on Viki!

Star Daily News
Jun Ji Hyun
Sung Dong Il
The Legend of the Blue Sea
How does this article make you feel?