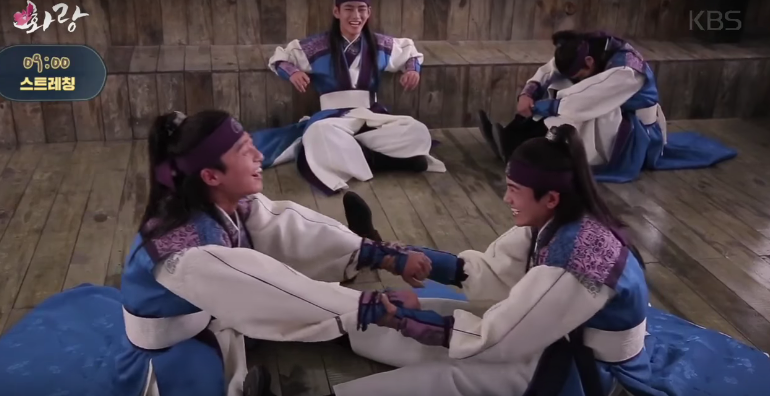 KBS’s “Hwarang” has released a behind-the-scenes video that shows the cast and their hilariously adorable interactions!

The behind-the-scenes video was released on November 14, and starts with Kim Taehyung (BTS’s V), who is shown half-asleep while saying, “Why are you doing this to me?” The video then cuts to the “Hwarang” warriors washing their clothes by hand. When Park Seo Joon realizes that someone else’s laundry is in his pile, he pretends to threaten Park Hyung Sik, who responds, “I was really surprised!”

The hilarious scenes continue as the warriors are shown fighting and training together. The clip also shows Go Ara demonstrating how to do a move properly to Park Seo Joon, saying, “You can’t do this? I’m super flexible right?” and both actors burst out laughing.