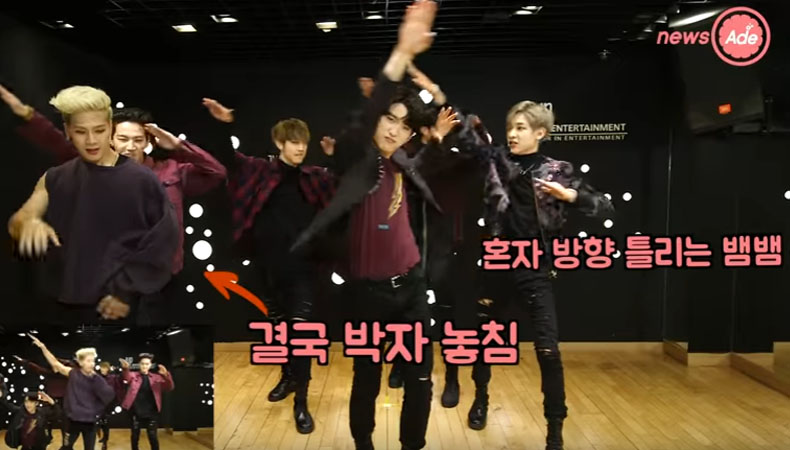 Watch: GOT7 Members Swap Their Dance Parts For “Hard Carry” In This Hilarious Clip

The boys of GOT7 have proved they can handle anything!

Earlier this week, the boys were challenged to switch up the choreography for their latest single “Hard Carry,” with each member reassigned to another members’ part. With Youngjae still taking a break from promotions, Jinyoung, BamBam, and Yugyeom swapped places with Jackson, JB, and Mark, respectively.

The song started off with plenty of laughs, but for the most part, the guys were able to pull it off impressively. Jinyoung channeled Jackson’s swag during his rap verse, while Jackson ad-libbed a few of his own moves into Jinyoung’s part. BamBam seemed to have the hardest time keeping up as he adorably scrambled to fix his blocking.

GOT7 released their second studio album “Flight Log: Turbulence” in September, and the title track “Hard Carry” was recently listed as one of the nominees for “Best Dance Performance –Male Group” by the 2016 Mnet Asian Music Awards.

Check out their dancing in the clip below!