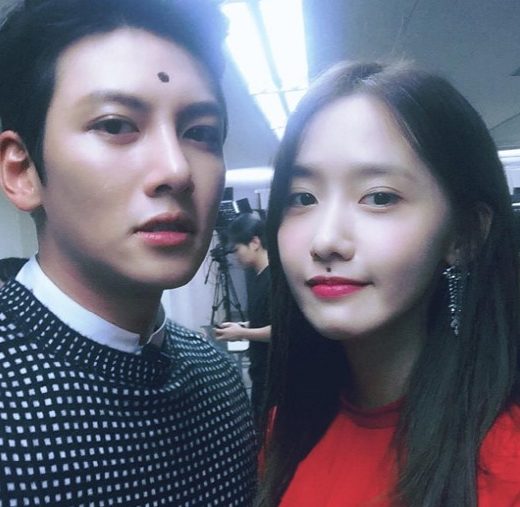 With the recent conclusion of tvN’s “The K2,” actor Ji Chang Wook sat down for an interview and talked about working with Girls’ Generation’s YoonA.

When asked about his chemistry with YoonA, Ji Chang Wook replied, “We shared a lot of stories. To be honest, the final kiss scene shown in the drama was actually the first thing we filmed when we were filming overseas. We were notified about the kiss scene after we arrived at the Barcelona airport. A clear script hadn’t been released, and the writer only gave us the situation. I was so taken aback that I said ‘Let’s become close as soon as possible.’ We had to become close as soon as possible because of the kiss scene. We talked a lot about the drama as well as our own stories, values, hobbies, and even our philosophies on life. Because of that, we quickly became close.”

The actor also talked about YoonA’s acting, saying, “She’s a member of Girls’ Generation, and idol-turned-actors tend to be met with a certain prejudice. When we met for the first time as partners, I tried my best to avoid seeing her through a certain lens. I saw her as my partner, my co-star. Because I didn’t see any of her previous works, I was able to do that. I just saw her as Anna and YoonA.”

What did you think of their kiss scenes?

Girls' Generation
Ji Chang Wook
YoonA
The K2
How does this article make you feel?