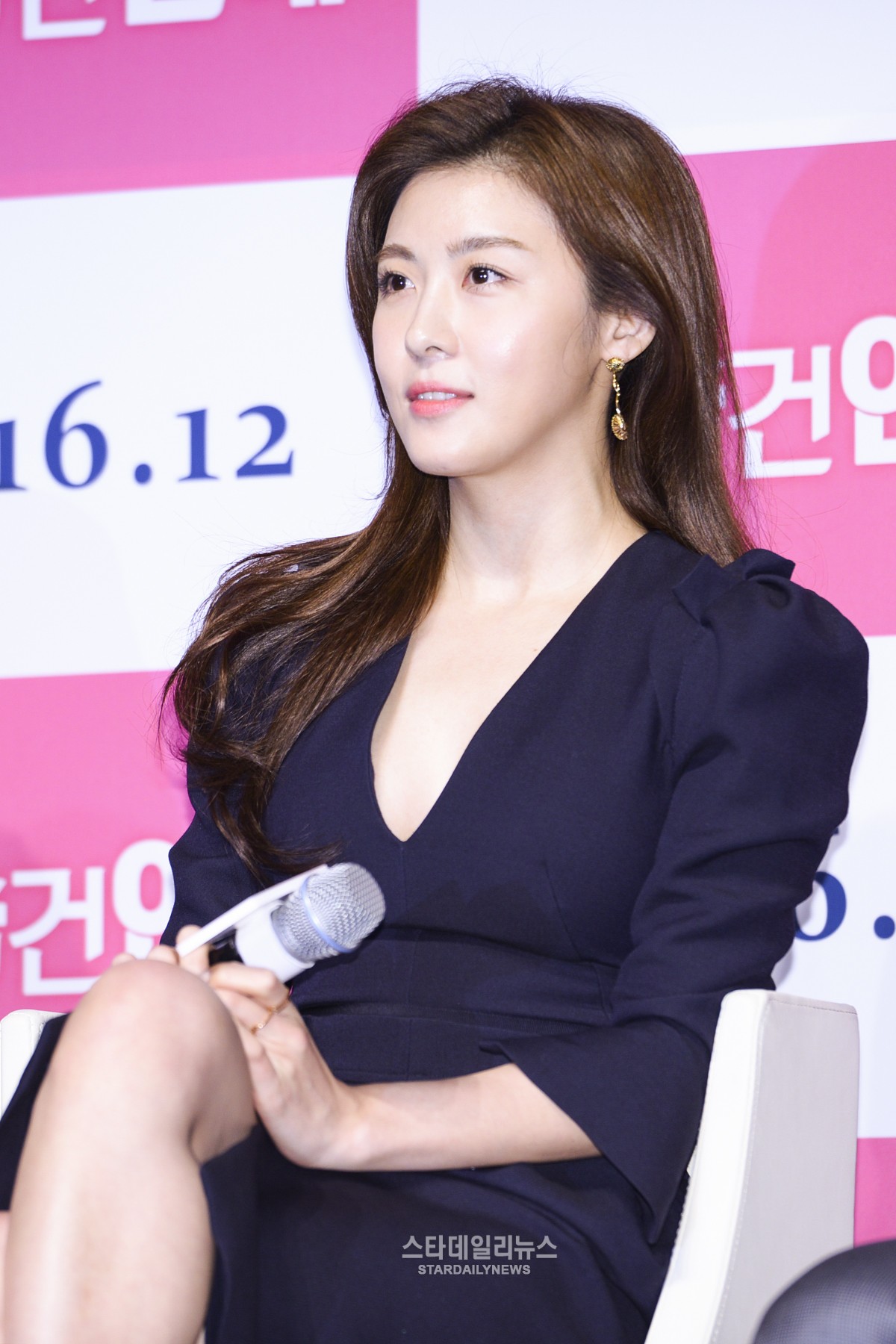 The actress recently got roped into a controversy involving President Park Geun Hye after it was revealed that President Park had been attending a medical facility under the pseudonym Gil Ra Im, which is the name of Ha Ji Won’s character in the K-drama “Secret Garden.”

After being asked about the issue, Ha Ji Won said, “Actually I was eating dinner while watching ‘News Room.’ I was startled when I heard the name ‘Gil Ra Im.'”

She carefully continued, “To this day Gil Ra Im is a character that many people love and a character that I also love very much.” Then she went on to talk about her character Han Jae In in her movie “Life Risking Romance.”

Ha Ji Won wittily remarked, “I hope the name ‘Han Jae In’ will not be used.”

She was also asked about President Park’s entertainment industry blacklist and commented, “Beyond being an actor I am a citizen who loves Korea. I feel great sadness about the current situation.”

“Life Risking Romance” is an investigative comedy that centers around a serial murder case in Itaewon. The film is set to be released in theaters in December.