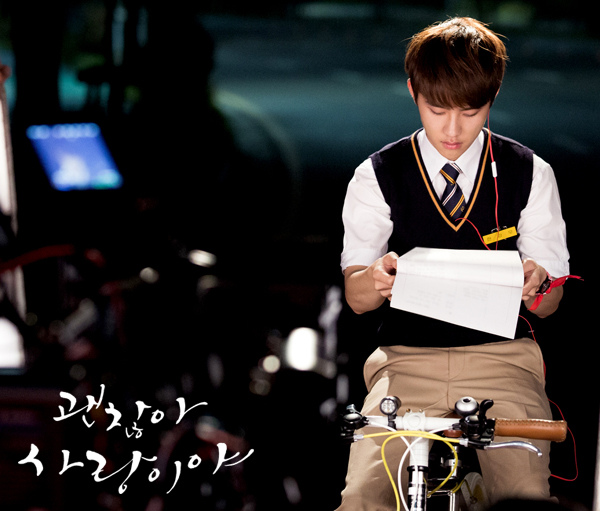 In an interview on November 17, EXO’s D.O. ((Do Kyung Soo) confessed that it was all because of “It’s Okay, That’s Love” that he fell in love with acting, pun unintended.

The idol actor said that when he first started filming, he had no clue about acting whatsoever. But as filming progressed, he gained a deeper insight into acting, especially during the scene where he had to part with Jo In Sung. Filming that particular scene stirred up certain deep, inexpressible feelings in him that he would have never experienced as a singer.

He also said that it was that rush of joy when he finally became the character that made him realize why actors fall in love with their art. It was precisely this experience that sparked his love for acting, and fired up his ambitions to do well in it.

D.O. added that he is currently learning acting one production at a time, and he hopes that he will be able to show a better side of his acting in future.

Meanwhile, viewers can look forward to his new movie “Brother,” where he plays an accomplished national athlete who is constantly squabbling with his con artist older brother (played by Jo Jung Suk). The film will be released on November 24.

EXO
D.O.
It's Okay That's Love
How does this article make you feel?