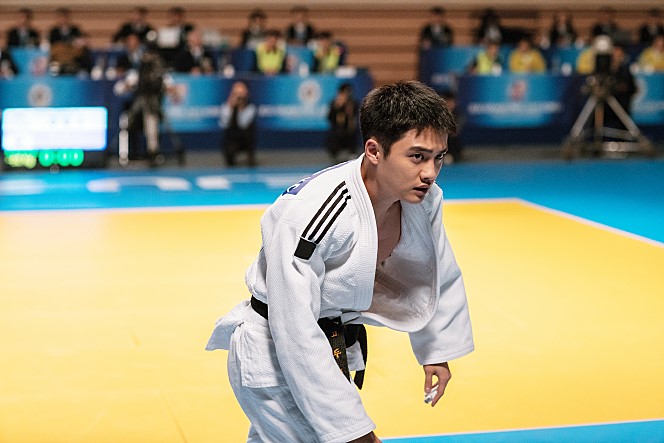 In an interview on November 17, EXO’s D.O. (Do Kyung Soo) revealed that he has never experienced love before, and that everything he knows about love was gained vicariously from movies and roles that he has played. This is also unfortunately why he cannot discuss dating with Jo Jung Suk, leaving acting as the only conversation topic between them.

The idol actor admitted that he has dated in his school days, but that was only puppy love. Despite his lack of dating experience, he said that he prefers a simple, straightforward love, as opposed to playing games (“push and pull,” as it is described in Korea). He expressed his firm belief that the latter is unnecessary if the love between two people is sincere. He also poked fun at Doo Shik’s “outdated” dating philosophy, saying that he really experienced a generation gap in that scene. Doo Shik is the character played by Jo Jung Suk in upcoming film “Brother.”

D.O. also said that he would like to try melodramas and romantic comedies in future, but as of now, he prefers playing deep, serious characters.

“Brother,” which is a bromance comedy featuring Jo Jung Suk, D.O., and Park Shin Hye, will be released on November 24.

EXO
D.O.
Brother
How does this article make you feel?