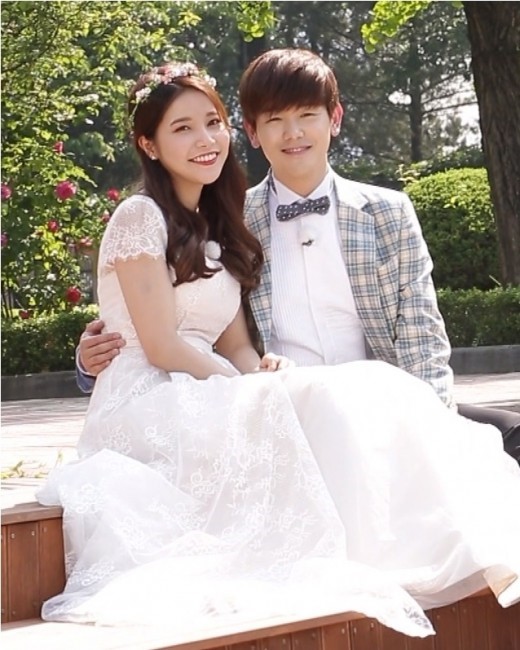 Get your tissues ready, because the beloved Eric Nam and Solar couple is set to say goodbye on this week’s episode of “We Got Married.”

On November 18, Heo Hang, the producing-director (PD) of the MBC variety show “We Got Married,” sat down with reporters to comment on the popular couple’s last episode.

The couple joined the show in April and for eight months, showed off a variety of sides to the viewers. They were cute and innocent at times and at other times, they filled the TV screens with their intimate “skinship.” As a result, they quickly amassed a large following of fans.

The PD said, “Solar and Eric Nam did many things together. On their last episode, they looked back over their memories together. Different from other couples, they smiled and laughed together and concluded their last episode well. They reserved their sad and tearful emotions for their individual interviews. During their actual filming together, it was apparent that they did not want burden the other person, so they seemed to try to limit such sad feelings during their filming. By doing so, however, the environment actually seemed even more nostalgic. The two of them have always been considerate and kindhearted people. It seemed like the two of them decided not to cry in consideration of the other person. They said goodbye very calmly.”

He continued talking about the couple, revealing that the couple was one that the writers were especially fond of. He said, “The two of them worked faithfully and sincerely. And so we wanted to say goodbye to them in a beautiful way. Although they left ‘We Got Married,’ since they are both colleagues in the music industry, I think they’ll continue to cheer each other on. We will encourage and support them.”

The popular couple will say goodbye on the upcoming episode on November 19 and will be replaced by the Lee Guk Joo and Sleepy couple.

Meanwhile, watch the latest episode of “We Got Married” on Viki here below!