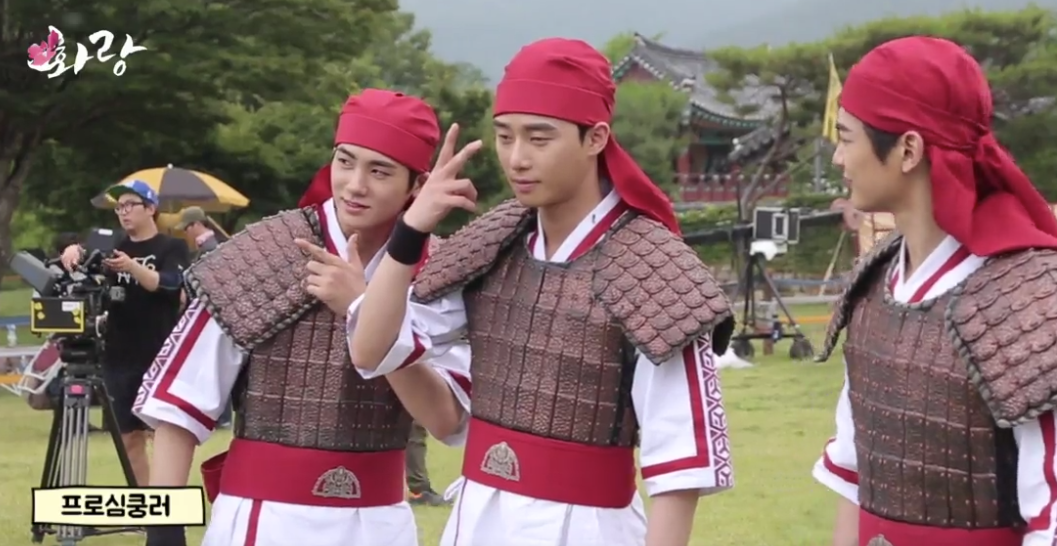 Watch: “Hwarang” Cast Is All Smiles In New Behind-The-Scenes Video

KBS2’s “Hwarang” has released a new behind-the-scenes video that features a sneak peek into upcoming scenes from the drama.

First, the flower boy warriors are studying for an exam. Choi Minho can be seen trying to cheat by sticking a cheat sheet on the back of his classmate. Park Seo Joon also reveals how he got perfect scores on hanja (Chinese character) tests when he was a student.

The handsome cast is all smiles despite the hot weather.