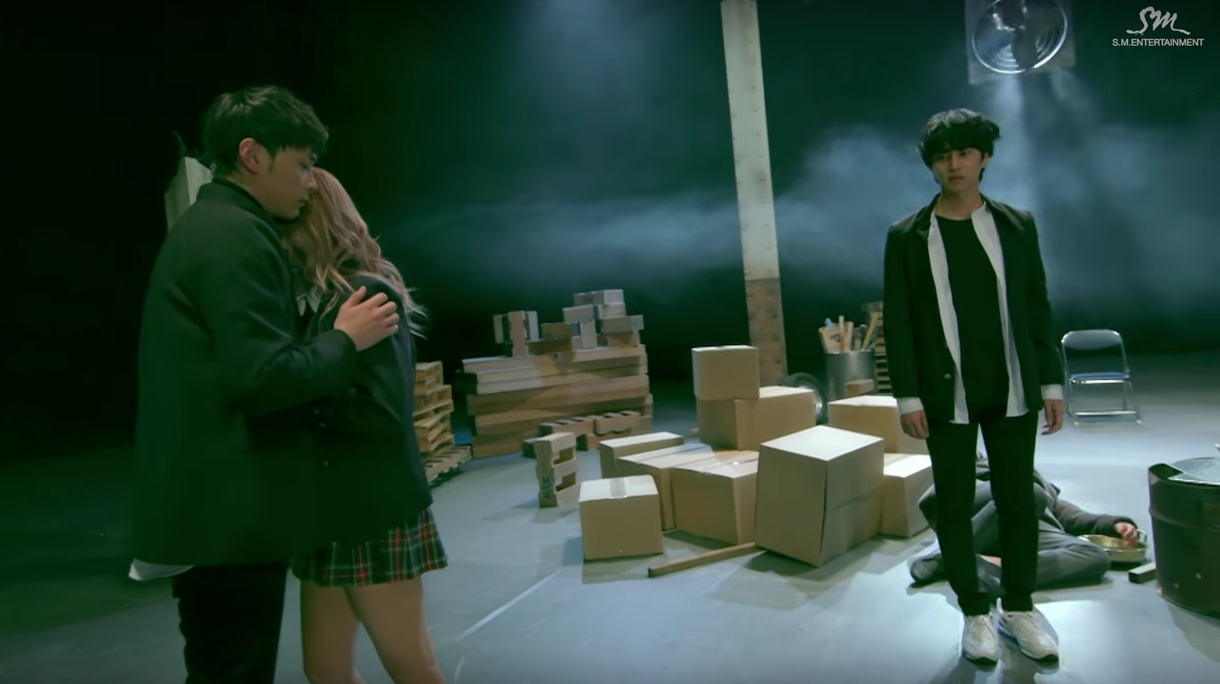 While they’re an amusing, bickering pair on JTBC’s “Ask Us Anything,” Super Junior’s Kim Heechul and Buzz’s Min Kyung Hoon portray a vastly different relationship in the music video for their collaborative track “Sweet Dream.”

Released on November 19 KST, the music video featured the two singers as best friends, with Kim Heechul trying his best for the love of one beautiful girl, TWICE’s Momo. The twist is that she actually likes Min Hyung Hoon, who has his own eyes set on someone else. Kim Heechul and Min Kyung Hoon sing their hearts out in the emotional rock ballad, with lyrics that echo the melodramatic storyline of the music video.

The other “Ask Us Anything” cast members made a cameo in this video, and reportedly also lent a hand with its concept, and other aspects of this collaboration.

Check out the music video, and let us know what you think of it!