Big Hit Entertainment has revealed additional concert dates for their “WINGS” tour. BTS will be heading to Santiago, Sao Paolo, Newark, and Anaheim! 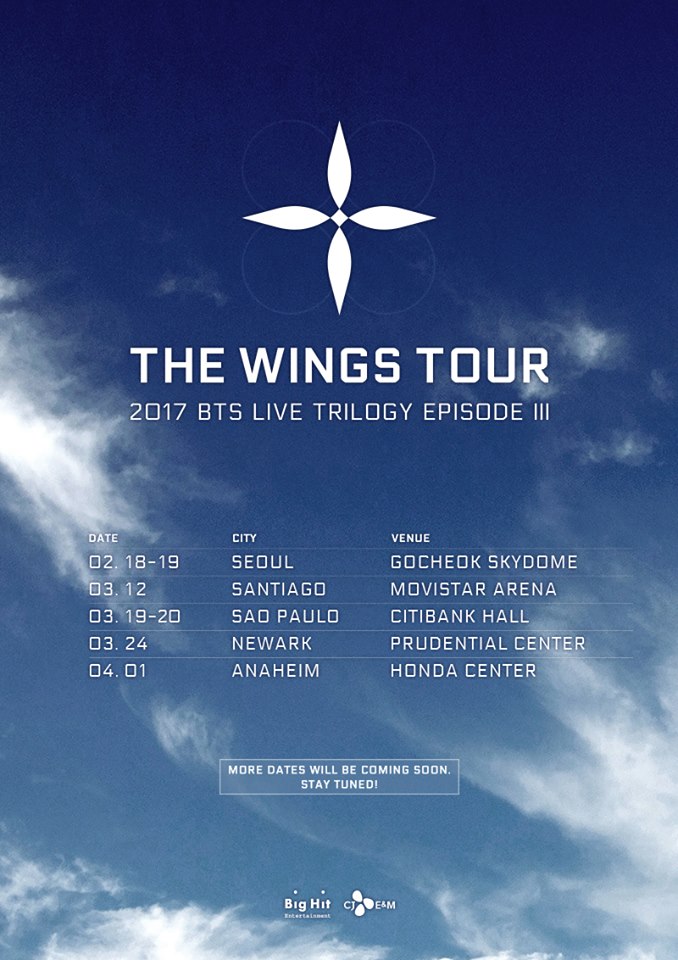 On November 19 at midnight KST, BTS unveiled their newest plans for what looks to be a concert tour with a stunning new teaser video!

The full concert series seems to be entitled “2017 BTS Live Trilogy Episode III: The Wings Tour,” as the video states. The members are all suspended in one way or another in the gorgeous video, which shows beautiful montages of each member flashing by.

According to the group’s official Twitter, it appears that the tour will kick off with concerts in Seoul on February 18-19, 2017 at the Gocheok Sky Dome.

Are you excited to possibly see BTS in concert again?