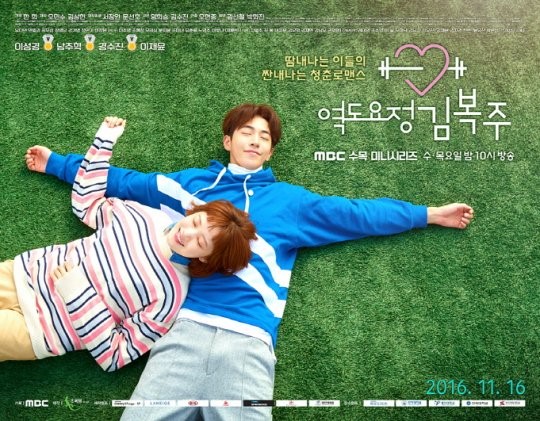 Taking over MBC’s “Shopping King Louie” is a new drama by the writer of “Oh My Ghostess.” It’s a drama about a weightlifting champion attending a sports university who must face a challenge that could end all her great sports dreams — love. Didn’t see that coming, right?

Sarcasm aside, this drama has an impressive cast, including Lee Sung Kyung, Nam Joo Hyuk, Kyung Soo Jin, and Lee Jae Yoon, as well as a talented writer who may live up to the challenge of creating a drama as great as her last. Let’s take a look at the first two episodes and test the potential of Yang Hee Seung’s newest work. 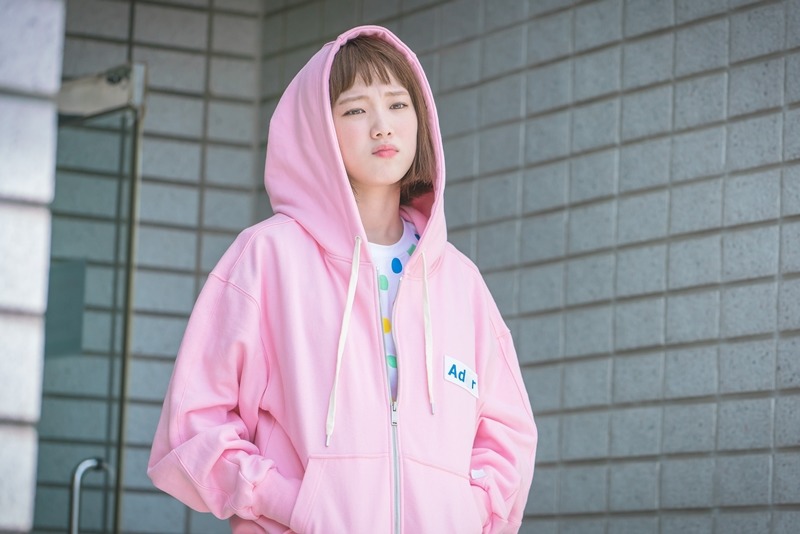 Right off the bat, viewers get a sense that although this show may have serious themes in the future, it’s meant to be a relatively light drama. The university is the main setting of the drama and to start, gives a peek at where the weightlifting team trains, the gymnasium where the gymnasts train, and the swimming pool.

There’s a clear sense that this drama will focus a lot on student life and not just the blooming love stories among certain characters in the show. This aspect is similar to “Sassy Go Go” — where I loved the student life perspective — and I look forward it in this drama. Overall I think that most of what we have to look forward to is some fresh acting and a great story rather than any fancy theatrics and special effects.

This is definitely a character driven drama, much like “Oh My Ghostess,” so I think viewers have a lot to look forward to from the main characters and the side characters. In just the first episode I fell in love with the friendship between Kim Bok Joo (Lee Sung Kyung) and her two friends, one of whom is played by Cho Hye Jung, who was absolutely adorable in her last role as the best friend in “Cinderella and Four Knights.” 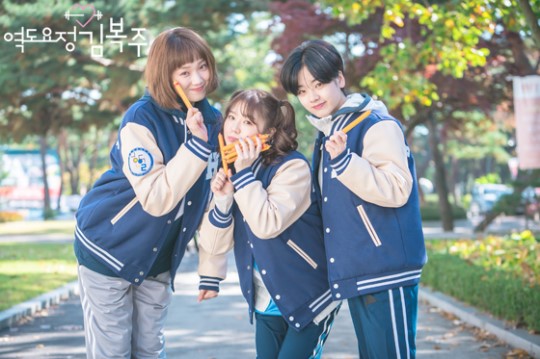 One of the things that interested me about this series was that the main actress, Lee Sung Kyung, was required to go through special training for the role on top of gaining weight to look the part. I found this quite admirable, especially for a female role in a Korean drama, and definitely refreshing. Kim Bok Joo’s character has a “pulls no punches” attitude toward life and is extremely loyal and quirky, so I’m already a fan. 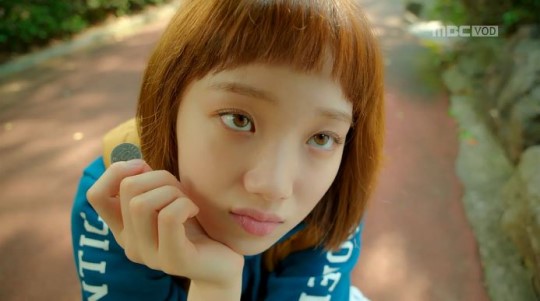 The lead male, Jung Joon Hyung, played by Nam Joo Hyuk, is a swimmer who has been unable to compete successfully since experiencing some trauma after a false start during a competition. He appears to be flaky and shirks off his training as an athlete, but there are already hints in the first two episodes that there is much more to Jung Joon Hyung’s story. 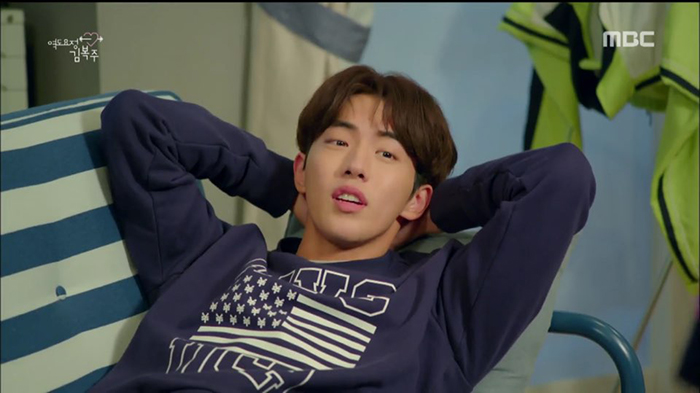 Overall, it’s pretty easy to root for these two main characters, and the chemistry so far is great between them, especially once it’s revealed that they knew each other in elementary school. Whether they’re teasing each other, confronting each other, or arguing, the relationship between the two of them is very real. Plus, their relationship is hilarious. Their first meeting involves a tragic end to Kim Bok Joo’s sausage, soon followed by a second meeting during which she accuses Jung Joon Hyung of being a panty thief. 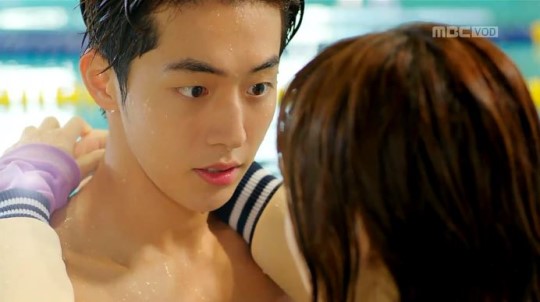 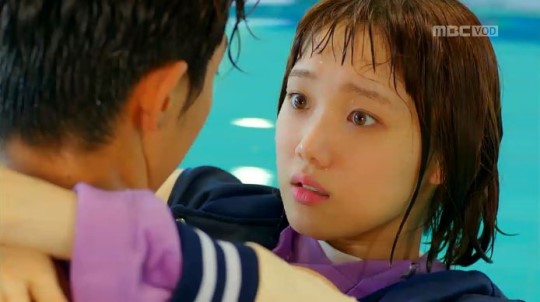 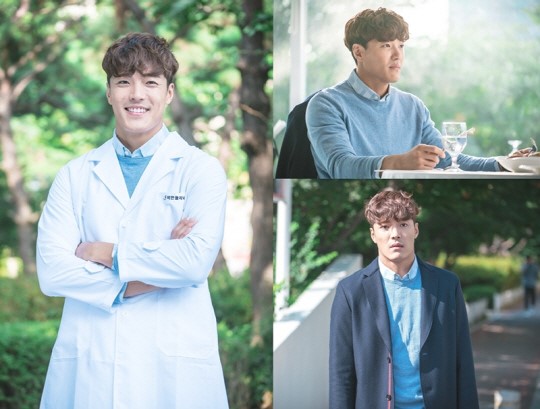 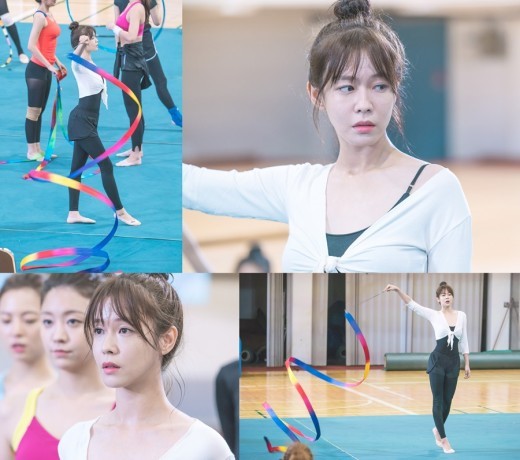 The story moves at a great speed with a great fluidity between scenes of the main four characters and the budding romances we expect, and also the sports aspect of the drama. In the second episode, we even got an entire storyline dedicated to two of the side characters. Three dimensional side characters are a great way to my heart.

Oh, and may I just mention one very important cameo by our favorite Olympic gold medalist? That’s right, Lee Jong Suk, who previously played an Olympic shooter in “W,” makes an appearance too. 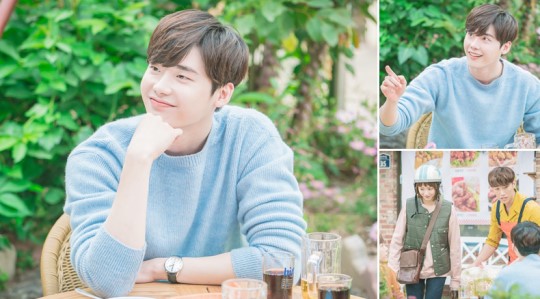 Do I plan on staying tuned into this drama? Considering it’s off to a great start and “Oh My Ghostess” is one of my favorite Korean dramas, YES. Even when I’m bored or frustrated with the main characters, there will be plenty of side-characters to enjoy. So far they all add a lot of flavor and I have a great sense of who everyone is, so the production team is doing a great job with the story and all these characters so far.

Kim Bok Joo’s character is also based off a real Korean gold medalist, so I would feel a little awkward watching her character throw everything away for love with that sort of background.

I hate to sing praises for a drama this early in the game though. The last drama I watched involving athletics like this was “Sassy Go Go” which thoroughly disappointed me in the end and fell flat in my opinion. Hopefully that won’t happen with “Weightlifting Fairy Kim Bok Joo” because it’s about time that a sports drama finishes as evenly as it started. It seems like the actors had to prepare a lot for their roles too so I’m rooting for this one! 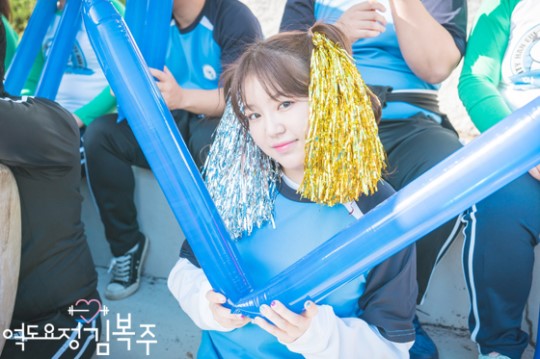 Did you watch the first two episodes of “Weightlifting Fairy Kim Bok Joo?” What were some of your thoughts? What are you looking forward to from this drama? Let us know in the comments below!