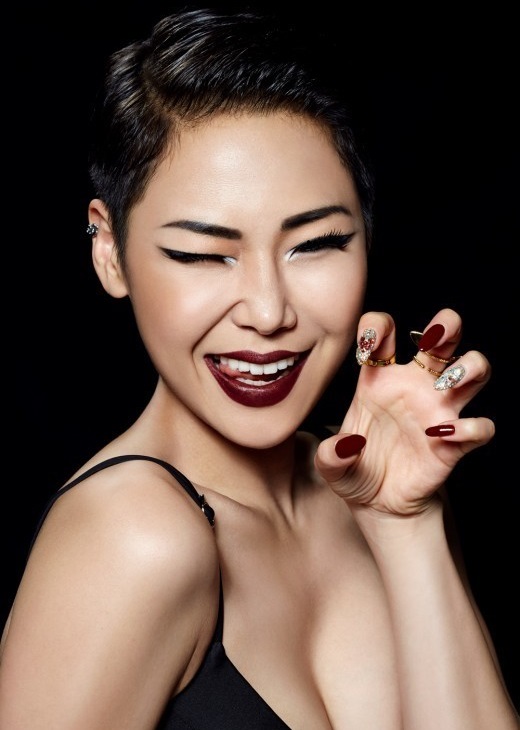 Cheetah named the junior rapper that has grabbed her attention!

When she was asked which of the rappers nowadays has caught her eye, she chose Grace, a rapper who turned heads with her flashy outfits and impressive rapping when she competed on “Unpretty Rapstar 3.”

Cheetah was all praises for Grace, explaining, “She dresses very unusually, but she has talent as well. She has skill and self-confidence.”

During the radio show, Cheetah also shared her thoughts on diss rap battles.

Meanwhile, she is currently appearing as a producer on JTBC’s “Nation of Hip-Hop.”