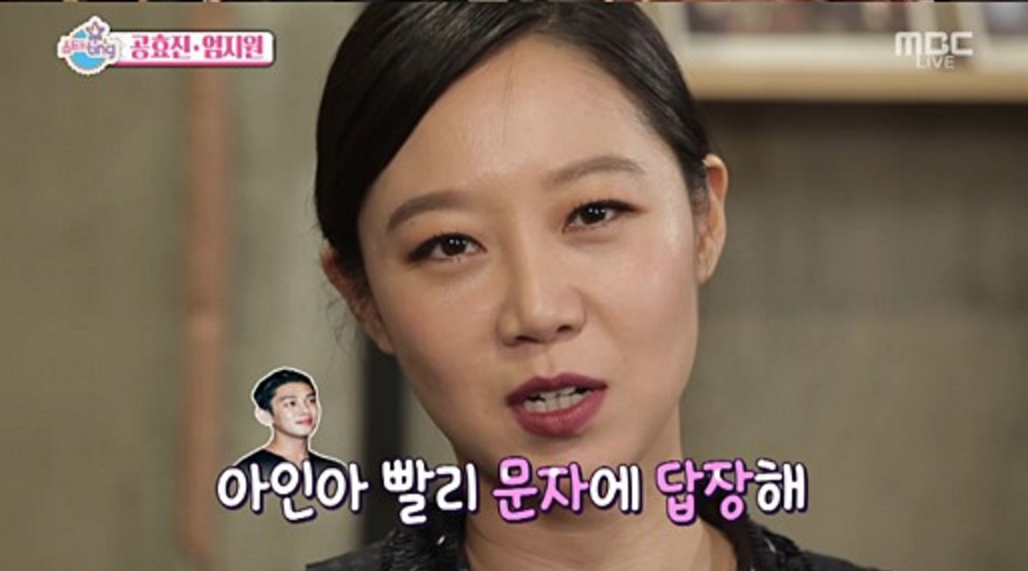 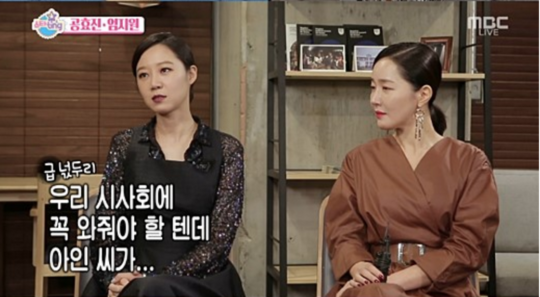 The two actresses are known to be good friends in the entertainment industry. “We both like shopping so we go out together,” they said. Gong Hyo Jin said of Uhm Ji Won, “She’s good at cooking and likes to study.” Uhm Ji Won revealed that she was currently learning Spanish and German. 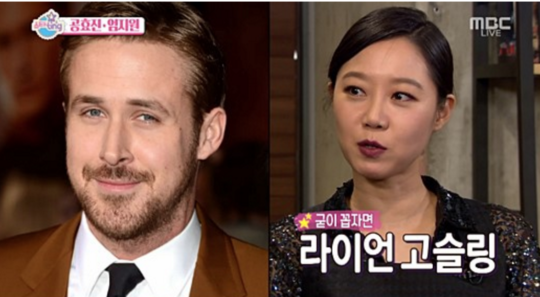 Gong Hyo Jin, who has locked lips onscreen with top actors like Jo Jung Suk, Jo In Sung, and So Ji Sub, was asked about her ideal type. At first denying she had one, she eventually said, “I like Ryan Gosling.”

The reporter, Park Seul Gi, mentioned that in a previous interview she had said she wanted to act with Yoo Ah In and asked if that had changed.

“I still want to act with him,” Gong Hyo Jin said. “He needs to come to our press preview but he hasn’t responded yet. Ah In, please respond ASAP.”

Would you want to see Yoo Ah In and Gong Hyo Jin together onscreen?