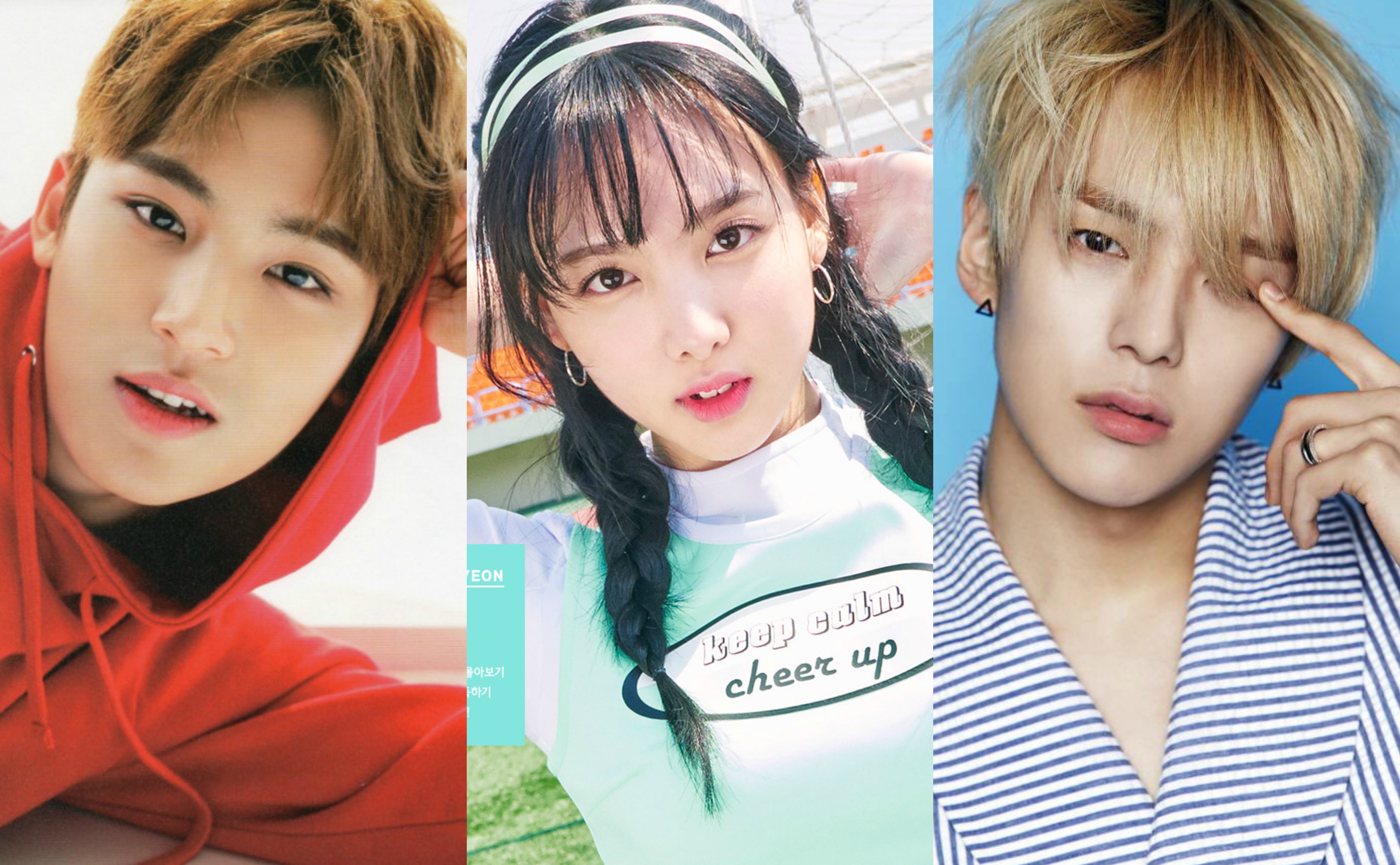 10 K-Pop Idols We Wish Would Make An Acting Debut

We’ve seen tons of idols pursue acting over the years. While not all of them are successful, there are still quite a few idols who haven’t taken the plunge into the drama world. Here are eleven idols who haven’t had major acting roles yet, but we could definitely see pull off acting in a real drama or movie – if given the chance.

I still can’t get enough of this MONSTA X music video — partly because of Minhyuk’s amazing acting. Just look at how concerned and protective he is over fellow member Hyungwon. Given the opportunity, Minhyuk would definitely excel as the super affectionate second male lead in a K-drama. He’d have us all crying when the leading lady (inevitably) breaks his heart.

TWICE’s Nayeon is adorable in basically everything she’s in, and she definitely has the potential to rock the acting world. Look at how hilarious and believable she is trying to avoid farting in front of BTOB’s Minhyuk in this “Oh My God! Tip” clip below. With Nayeon’s bubbly personality and equally amazing determination, there’s bound to be tons of drama roles waiting for her whenever she decides to take the leap.

But Nayeon isn’t the only TWICE member who could definitely pull off acting. Fellow member Jungyeon is perfect for the girl crush/protective tomboy role in any high school drama. She’d have everyone falling in love with her sweet smile and warm character — much like in her “SNL Korea” skit below. And who can forget her iconic facial expressions in this performance from “Sixteen”? Jungyeon could pull off a role in a thriller as well.

Ever since Kim Sohye stepped out on “Produce 101” and gave a sample of her acting skills for her audition, I haven’t been able to stop wondering what she’d be like in an actual drama. She could pull off a leading role in a horror if she really wanted to. But she could also work wonders in a psychological thriller, a romcom, or a quirky ghost story. Whatever type of drama she decides to star in, Kim Sohye will definitely make it memorable. I can’t wait to see it.

When will B.A.P finally buckle down and act in their own web drama? The group constantly delivers high quality music videos with storylines that highlight their untapped acting ability, and an actual drama appearance from many of the members is long overdue. With the way Jongup pulls off his dark role in the “Skydive” music video and how well Daehyun portrays heartbreak, it would be amazing to see the two in a real K-drama in the same vein.

We don’t talk about Jisoo’s LG commercial with iKON enough. The three-part commercial plays like its own web drama, in which several iKON members have fallen for Jisoo but don’t exactly know how to confront their feelings. Just seeing the way Jisoo juggles it all instantly makes you wish she had more drama appearances outside of her cameo in “Producer.” I could definitely see her rocking a girl-next-door type of role in a romantic comedy, or any kind of lead in a high school drama.

No one ever wants their heart broken. But if it’s SEVENTEEN’s Mingyu and Wonwoo doing the breaking, doesn’t it soften the blow a little bit? In a drama, Mingyu and Wonwoo would play the cold-yet-charming bad boy the main character knows she shouldn’t fall for (but does anyway). They’d break her heart time and time again, and you’d want to hate their character for it… but you just can’t ’cause they’re so mesmerizing while they do it.

And then watch Wonwoo take a stab at the bad boy act with Sohye, too.

The drama! The suspense! MYNAME’s Gunwoo shines in the blockbuster music video for the group’s 2013 single, “Baby I’m Sorry.” If the video’s extremely intense plot doesn’t automatically make you wish this was a longer series, Gunwoo’s acting surely will. It would be amazing to see him and fellow member Seyong in a buddy detective or cop drama of some kind — where they’re constantly risking their lives to save the innocent, but they’re also forced to face the underlying conflicts of their close-knit friendship.

Soompiers, who are the idols YOU want to see in a drama? And what kind of role do you think they should play? Let us know in the comments below!