It seems that Ji Chang Wook has enjoyed a steady rise to fame, starting from his debut in “Smile Donghae” six years ago. The actor has since took up roles in a variety of productions, ranging from period dramas to miniseries to musicals, each of which was a firm step towards his current Hallyu star status.

Yet, in a recent interview, Ji Chang Wook revealed that the road to glory did not run smooth. He said that his lack of talent during his “Smile Donghae” days had made him doubt if he could continue acting, but thanks to support from the people around him, he managed to pull through. The second low was in 2012, where he received no casting calls for a period time after his weekend drama “Five Fingers” ended. 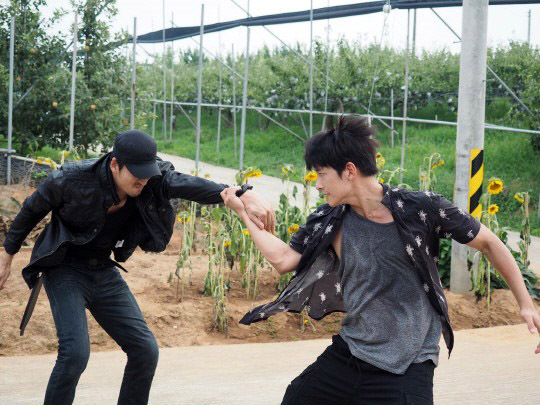 Starting from “Warrior Baek Dong Soo” to the recent “The K2,” Ji Chang Wook has appeared in action dramas more often than any of his peers, earning him the nickname “Action Drama Expert.” The actor replied that he really doesn’t have any action know-how, he just rehearses a lot and makes sure to focus during action scenes, especially because the possibility of getting hurt is high. He also revealed that while he has always been sporty, he has been working out regularly ever since he hit his late twenties, so as to avoid getting hurt while filming.

The 29-year-old also talked about his impending military enlistment next year. He sees it as a different kind of challenge, and hopes that after he is older, he can become a respected senior to his juniors.

He said, “If I continue to enjoy acting as I do now, tirelessly and happily, won’t that bring me slightly closer to that goal?”