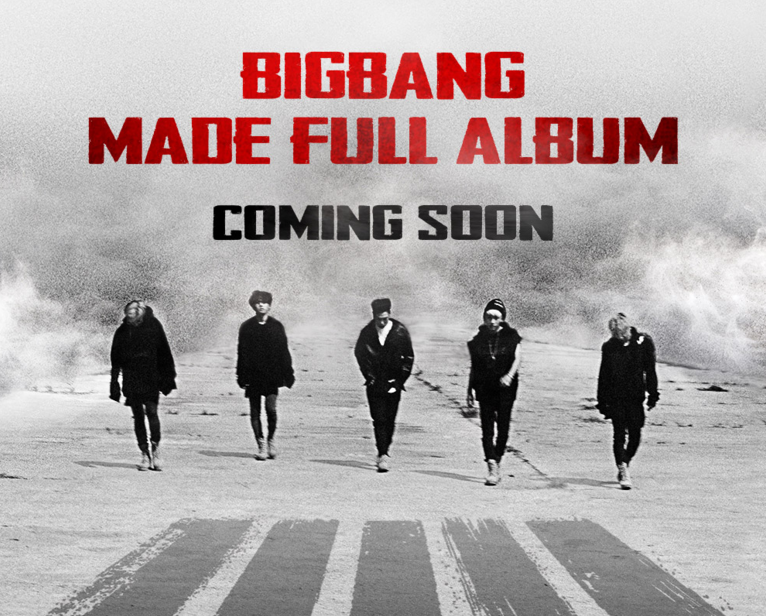 BIGBANG Reveals A Release Date For “MADE” Full Album

The news was announced on November 22 through YG Entertainment’s official Twitter, which revealed BIGBANG’s “MADE” full album release date as December 12.

In order to gear up for their comeback, YG Entertainment has already released a teaser image, and Yang Hyun Suk also posted a short clip that revealed the group’s music video set.

Meanwhile, member T.O.P was recently given a confirmed enlistment date for his upcoming army service.