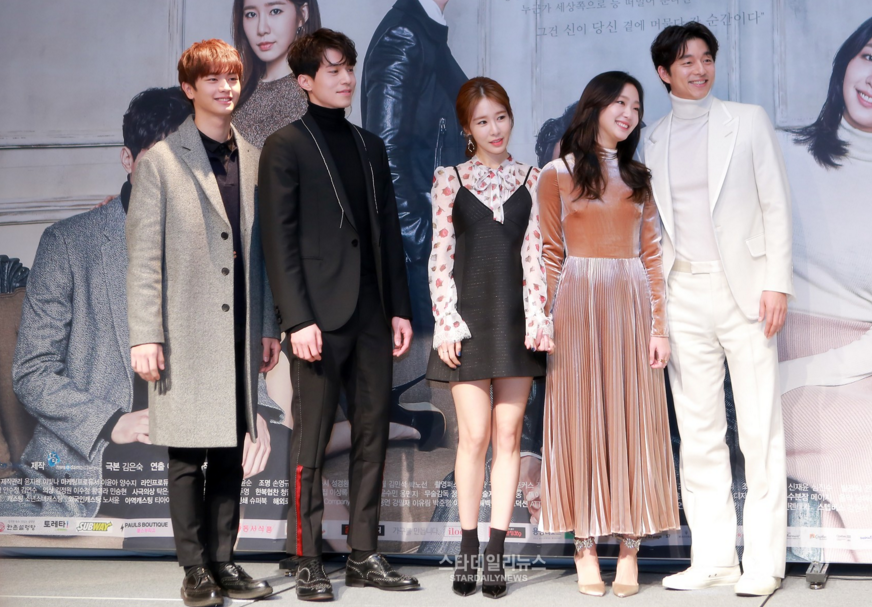 On November 22, the idol-turned-actor was present at the press conference for tvN’s upcoming drama “Goblin,” where he talked about the pressures that came with his role.

“There is a lot of pressure. It seemed like a lot of people were encouraging me and keeping an eye on me. It was more than what I expected, so I felt burdened by it. But went I arrived on set, all the other four actors were acting so comfortably that it made the filming feel really natural. Just looking into their eyes makes me feel comfortable, so I think I’ll be able to develop little by little.”

“Goblin” is about a goblin (played by Gong Yoo) who needs a human bride to end his immortal life. Along the way, he meets an amnesiac grim reaper (played by Lee Dong Wook) and a girl (played by Kim Go Eun) with a strange fate. The drama is set to air its first episode on December 2.

Yook Sungjae
Star Daily News
Goblin
How does this article make you feel?