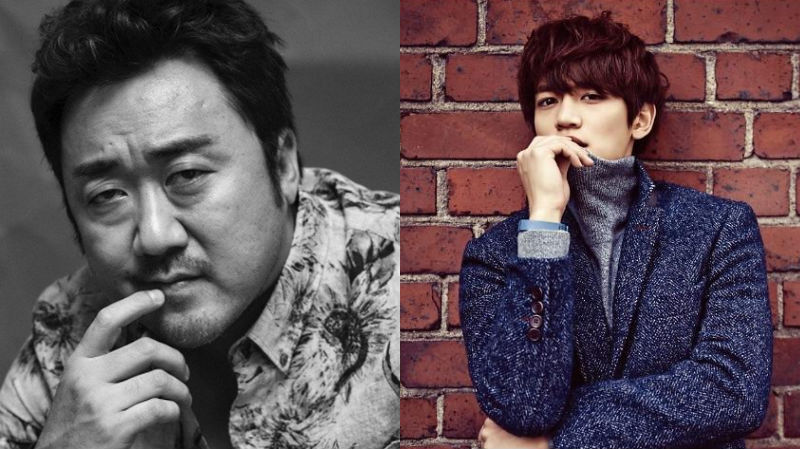 The impressive athleticism of SHINee’s Choi Minho was once again confirmed by Ma Dong Seok, his co-star in the upcoming movie “Two Men.”

On November 22, the two actors joined forces on V Live to talk about their movie. Minho opened up about his action scenes in the movie, saying, “They say that acting like you’re getting hit is actually harder than hitting. My scenes were mostly of me getting hit, and so I sought out actions that highlighted the impact to make it seem like I was getting hit in reality. 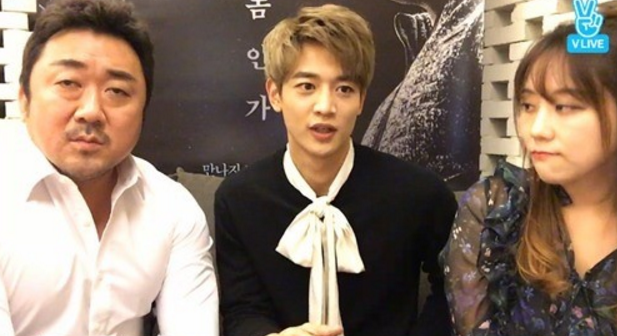 He continued, “Ma Dong Seok helped me a lot, which is why it came out more realistically. That, combined with the experience of the director, really helped me with the scene.” Ma Dong Seok then chimed in, “Minho is normally just really athletic. Everyone is aware of that. He’s able to learn the actions really quickly. He’s really good.”
“Two Men” is a story of four runaway teenagers and the owner of an illegal karaoke bar who pursues them. The movie will premiere on November 30.