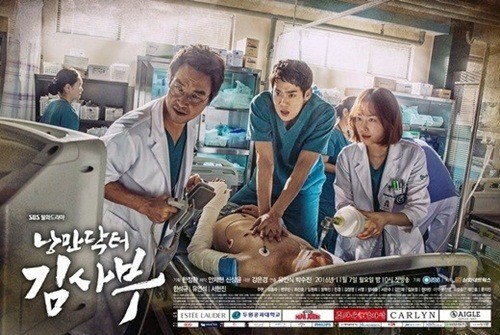 According to Nielsen Korea, the sixth episode that aired on November 22 recorded an 18.9 percent rating, which was an increase of 2.4 percent from the fifth episode, which reached a 16.5 percent rating.

MBC’s new drama “Night Light” achieved a 6.3 percent, which was a slight drop from a 6.6 percent from the first episode. KBS’s drama “The Man Living in Our House” dropped 0.2 percent and resulted in a 3.9 percent rating for its tenth episode.

With the popularity of “Romantic Doctor Kim” on Mondays and Tuesdays, SBS has recently vaulted to the top in terms of drama ratings.

You can watch the latest episode of “Romantic Doctor Kim” below!