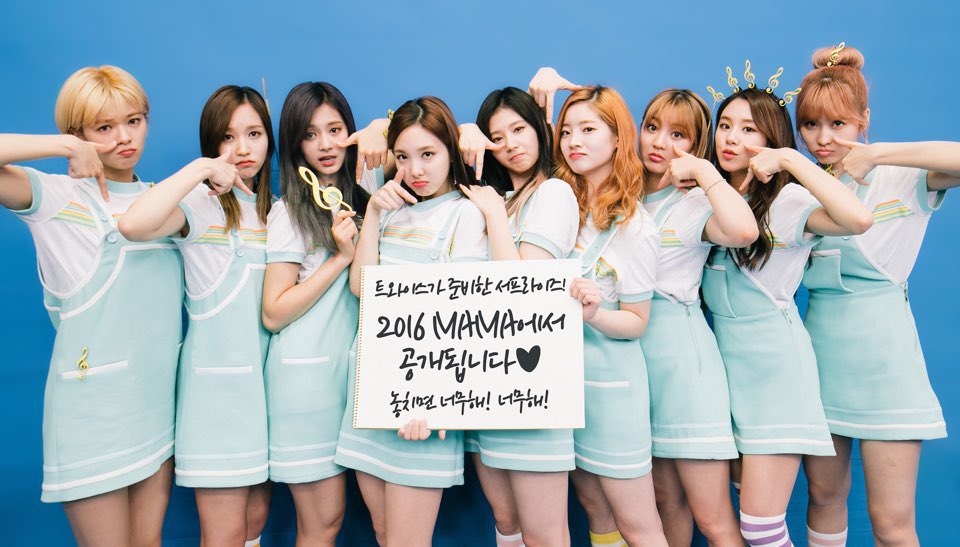 The 2016 Mnet Asian Music Awards (MAMA) is only days away, and girl group TWICE has released a little teaser for fans who plan on tuning in. 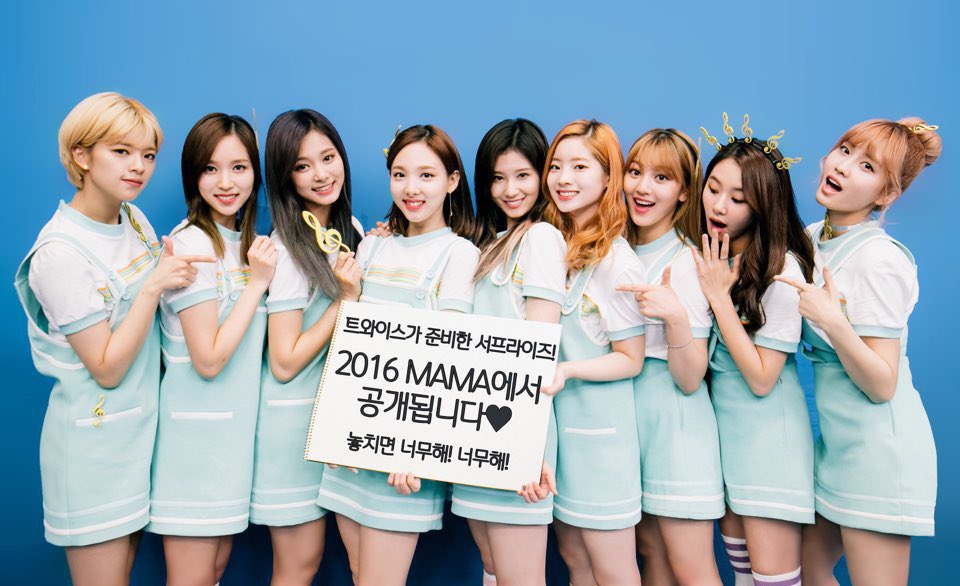 Earlier today, a photo set was uploaded to TWICE’s official Facebook and Twitter accounts featuring all nine girls posing around a large white sign. The sign reads “A surprise TWICE has prepared! Will be released at the 2016 MAMA.” At the bottom, the girls playfully reworked lyrics from “TT” by adding “If you miss it, you’re so mean! You’re so mean!”

The group has been nominated for a number of awards, including Artist Of The Year and Best Girl Group. Their hit single “Cheer Up” has also snagged them nominations for Best Dance Performance By A Girl Group and Song Of The Year.

Fans can catch the girls’ surprise performance by watching this year’s MAMA when it airs live on December 2 at 6 p.m. KST.

TWICE
2016 MAMA
How does this article make you feel?