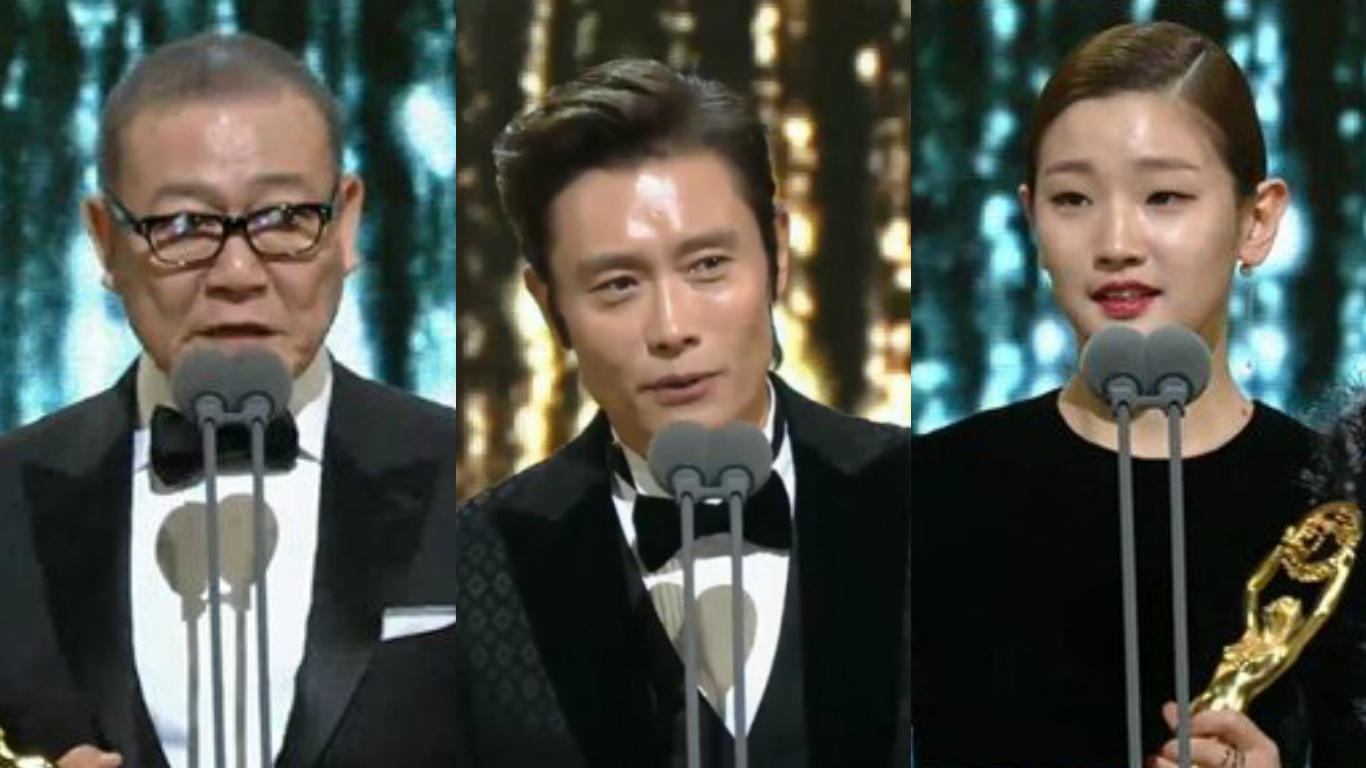 The 37th Blue Dragon Film Awards took place on November 25 to honor some of the best films and actors over the past year.

Nominees included 21 different productions that were released sometime between October 9, 2015 and October 9, 2016. Kim Hye Soo and Yoon Jun Sang were the masters of ceremonies this night.

Lee Byung Hun took home the title of Best Male Actor. Notably, this was the first time he’s received this award at the Blue Dragon Film Awards, despite being nominated numerous times. During his speech, he stated that the state of politics today seems to be in a worse state than the society that was shown in “Inside Men,” and encouraged everyone to not lose hope.

Kim Min Hee won Best Female Actor for her role in “The Handmaiden,” but was not in attendance.

As the first foreigner to receive an acting award at the Blue Dragon Film Awards, Kunimura Jun was named Best Supporting Actor, and was also one of the four people win the Popularity Award. He said that he’s honored to receive such an award for his first Korean production, and talked about the strength of Korean films.

Meanwhile, Park So Dam won Best Supporting Female Actor, and she tearfully thanked everyone for their support as she promised to continue to become an actress worthy of her award.