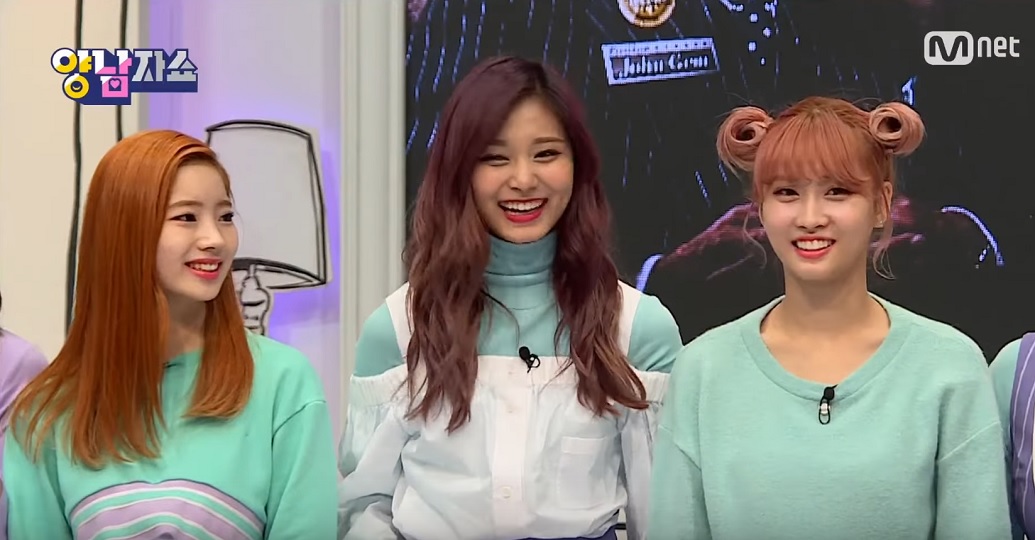 The topic of the day was to resolve the guests’ worries, and TWICE’s concern was that they were lacking in variety sense. Yang Se Hyung’s corner therefore focused on building an “entertaining character” for them, but when he presented the first segment with exaggerated aegyo, all he received as response was an awkward silence from the variety newbies. The patient teacher, however, took it in stride as he taught them how to react properly in situations like this.

The first segment was about knowing yourself, so each member had to guess their own strengths and weaknesses, based on the other members’ perspectives. Nayeon said her weakness is that she can’t stay still, but she’s actually the quiet type. This evidently caused a lot of confusion, which turned into laughter when Jeongyeon wittily quipped, “Mythomania?” (Mythomania is otherwise known as Compulsive Lying Disorder.) 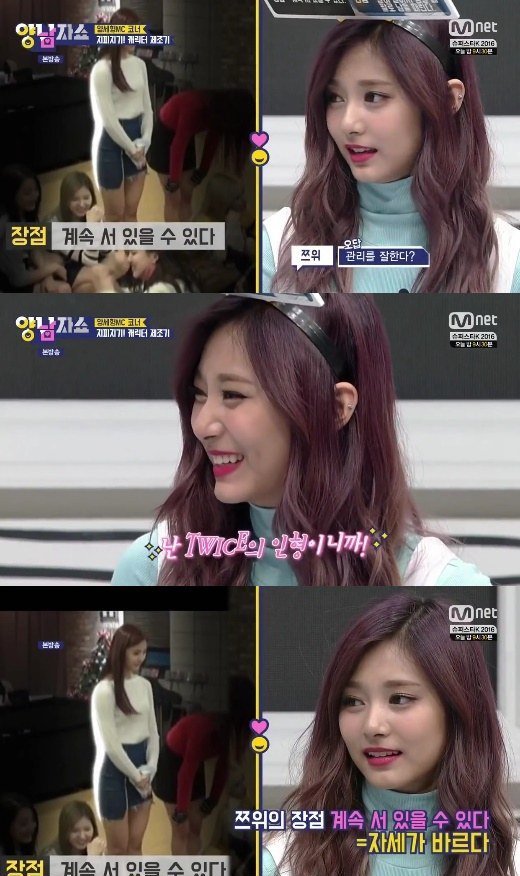 Momo explained that Tzuyu is always standing, even when eating, as it aids digestion. To which Tzuyu added, “If I sit down right after I eat, it feels like there’s some discomfort, so I stand on purpose.” 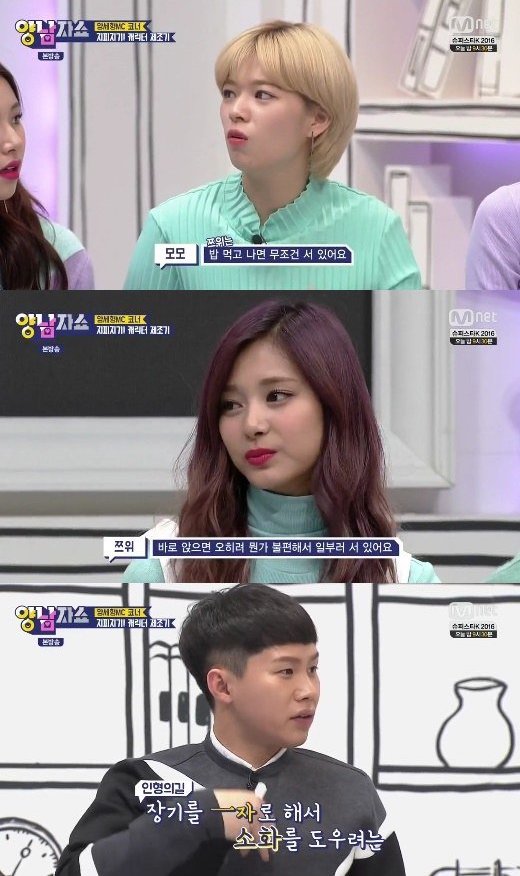 Do you share any strengths or weaknesses with TWICE?