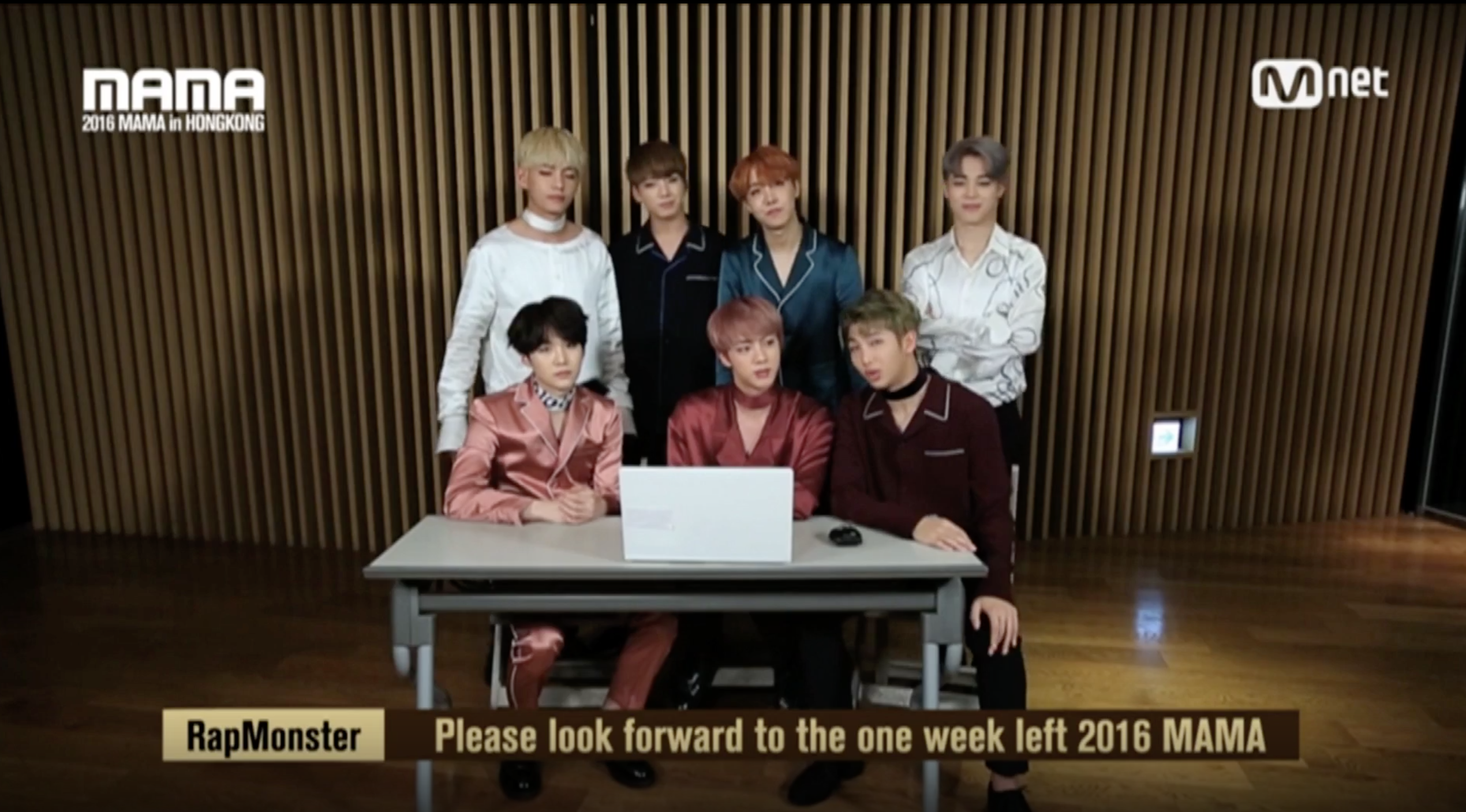 As part of a countdown video series leading up to the 2016 Mnet Asian Music Awards (MAMA), BTS recently took a look at some of their past performances.

First up is the video from 2014 MAMA. Watching their performances, BTS commented that at the time they had a lot of ambition and felt they had something to prove. They also poked fun at Jimin’s baby face and quizzed Suga on whether he remembers what happened to Jimin during his solo dance performance.

The 2015 MAMA video featured their collaboration with GOT7 and the other members laughed at Rap Monster’s mistake in the choreography, though Rap Monster continued to deny it happened.

2016 MAMA will take place on December 2 in Hong Kong. Check out the full lineup here!

BTS
2016 MAMA
How does this article make you feel?