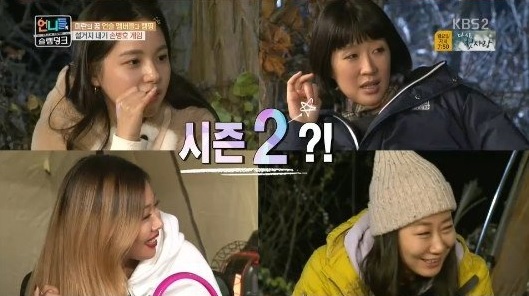 The cast of “Sister’s Slam Dunk” have their sights set on a second season!

After grilling and feasting on pork belly, the ladies decided who washes the dishes by playing the Son Byung Ho game, wherein players hold up their fingers and take turns saying something about themselves, while the others put down a finger if it also applies to them. 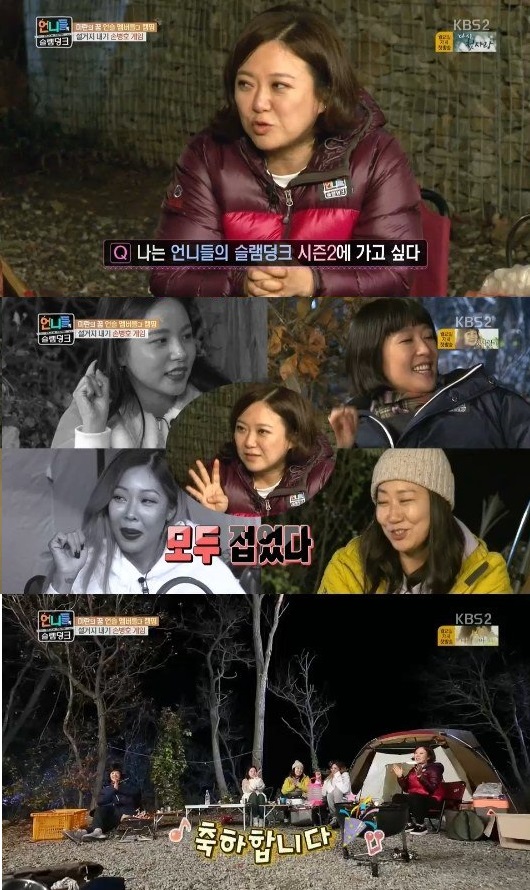 While playing, things got personal with statements such as, “I’ve kissed in the past year,” “There is man I love right now,” and “I have bipolar disorder.”

When Kim Sook said, “I want to be on a second season of ‘Sister’s Slam Dunk,'” all five members watched one another as they each folded a finger.

Catch the latest episode of “Sister’s Slam Dunk” below!