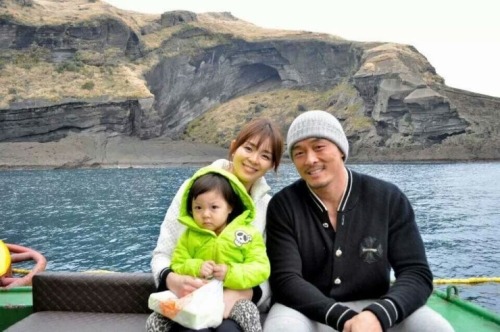 Choo Sung Hoon’s wife Yano Shiho has opened up about the many difficulties she has gone through in hopes to conceive a second child.

“SELFCARE,” a Japanese magazine, recently held an interview with the top model. During the interview, Yanho Shiho shared that after having their daughter Sarang, they tried hard to have a second child, but were faced with many difficulties.

She revealed that despite undergoing in vitro fertilization, she unfortunately suffered a miscarriage. Regrettably, this was her second miscarriage, as she talked about having one before giving birth to Sarang on an episode of “Happy Together.”

Yanho Shiho said, “I had no intention of sharing a story like this. The final edits of the magazine were complete and were about to be published. It came up when I was talking with the editor-in-chief, who suggested that we should put it in the magazine.”

She continued, “As I meet people, I think many things have changed. I am really strengthened by those around me.” She also spoke of her relationship with her husband, saying, “My husband and I are really free spirited. When we have time, we just say, ‘Wanna go to Hawaii?’ and then leave right away.”