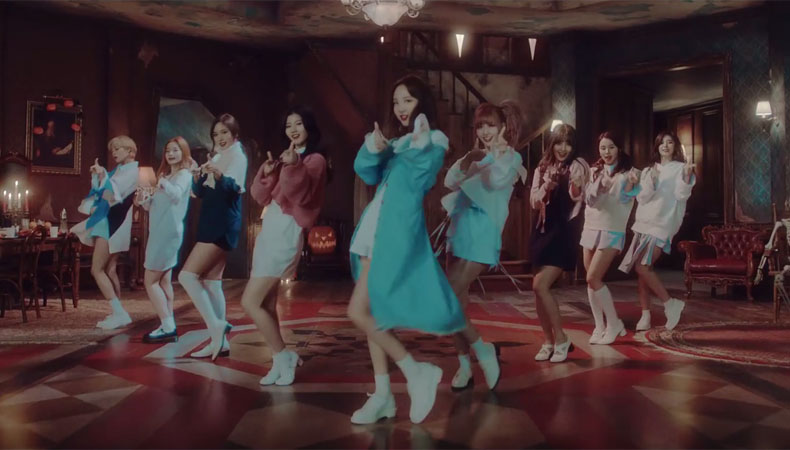 TWICE’s “TT” remains No. 1 on our chart for the third straight week! This song recorded a very high score this week, just four points shy of a perfect score. In fact, “TT” topped all our chart sources, but tied with BTS this week on our Soompi Airplay as the hottest trending artist. Congratulations again to TWICE!

Moving up eight spots to take second place this week is MAMAMOO’s “Décalcomanie.” Taeyeon’s “11:11′ is up two spots to No. 3.

There are two new songs in the top 10 this week. Moving up 10 spots to No. 9 is BTOB’s “I’ll Be Your Man” with their title track from their mini-album “New Man.” After promoting ballads for more than a year, BTOB finally gets back to their dance roots with this up-tempo song with an addictive beat. The lyrics are about a man who has not been able to move on from his past relationship.

Up one spot to No. 10 is Loco’s “Still.” Loco has been one of the top rappers in K-pop for the last two years, and he has collaborated with many artists. Teaming up with Crush for the second time (they collaborated for their hit song “Hold Me Tight” in 2014), “Still” was written as a gift to Loco’s fans.