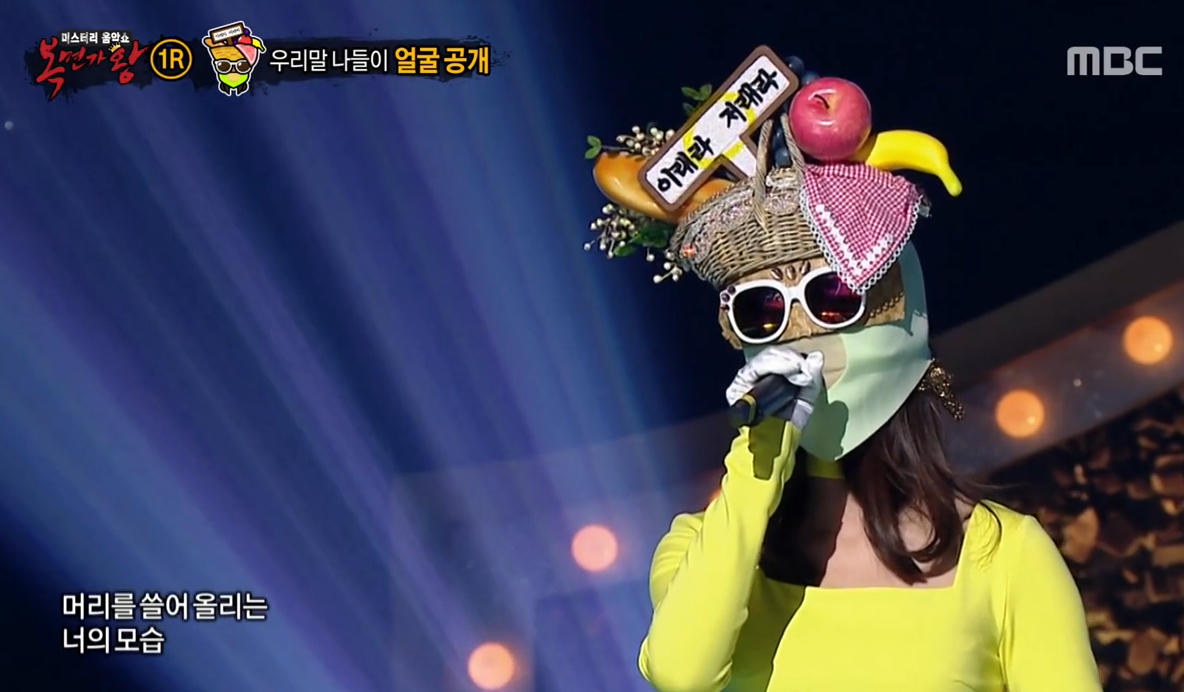 The November 27 episode of MBC’s “King of Masked Singer” was chock-full of unexpected contestants and surprising moments.

In the first round, two singers – “Korean Language Excursion” and “Masked Bride” – faced off for a chance to go all the way to the top. They performed their own take of SISTAR’s “Alone,” with Masked Bride taking the win, 60 points to 39 points.

While she doesn’t manage to move on, Korean Language Excursion captivated everyone with her pure voice during her next song, Pinocchio’s “Between Love and Friendship.”

Halfway through her performance, Korean Language Excursion took off her mask halfway to reveal her true identity, which turned out to be none other than FIESTAR’s Cao Lu. 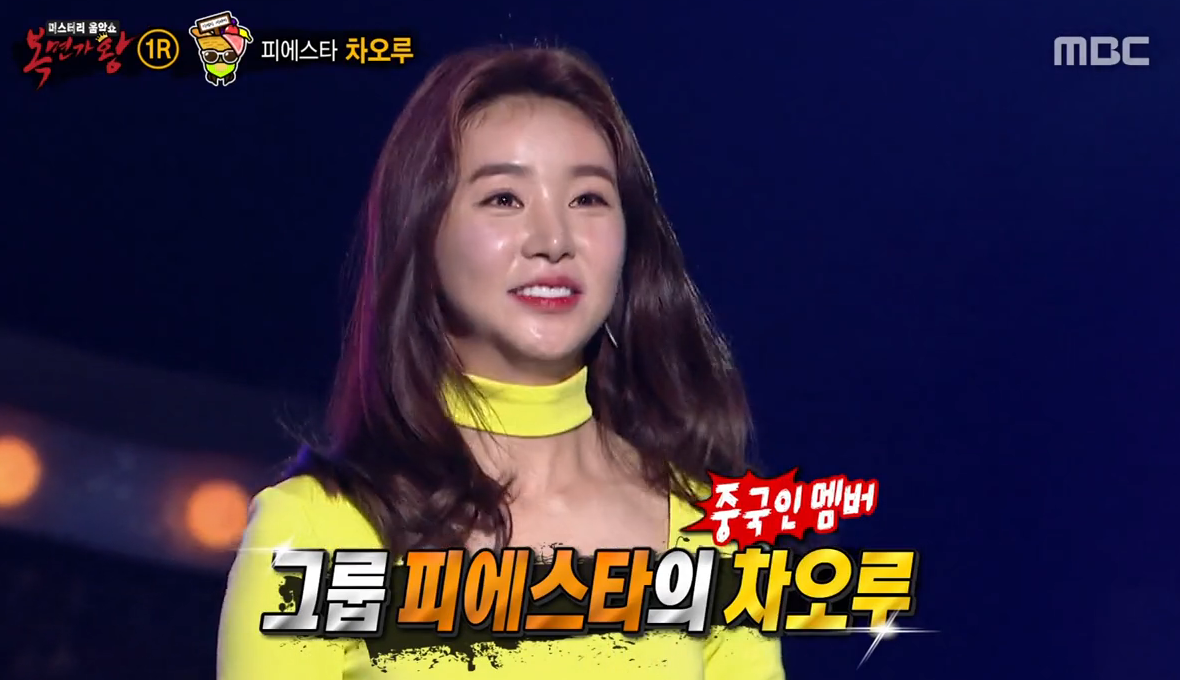 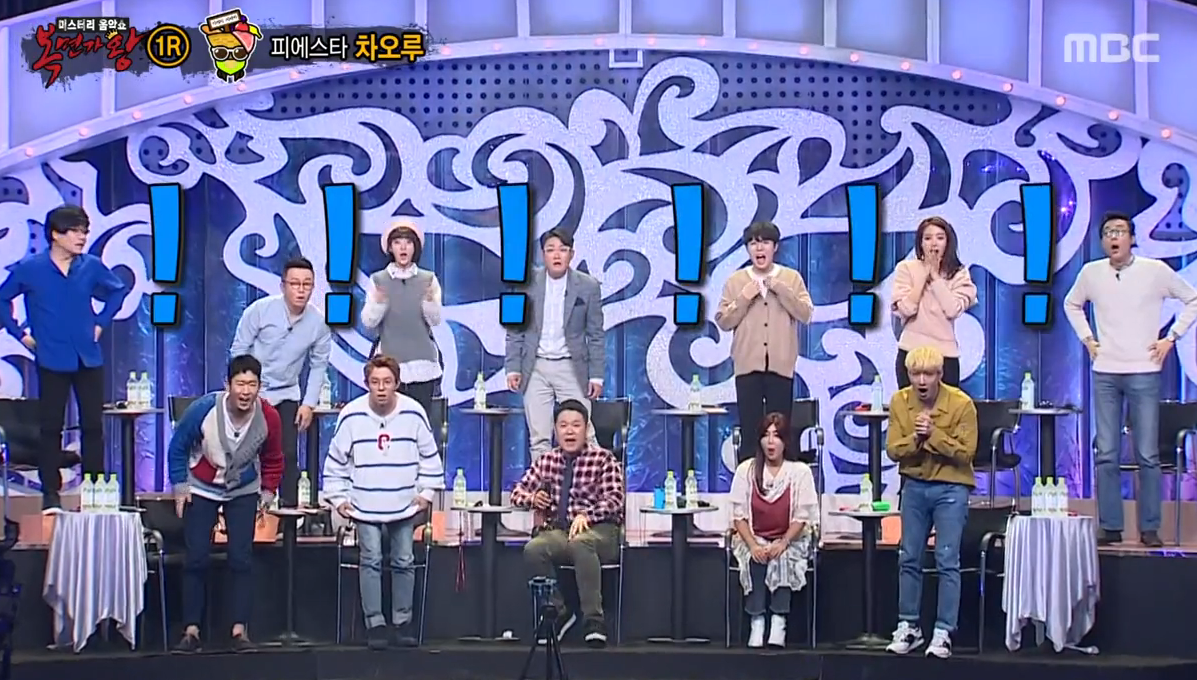 Her appearance shocked everyone, especially since that they didn’t hear any glaring discrepancies in her pronunciation. In fact, most of the panelists believed she was an announcer or weather reporter before she was unmasked.

As the only Chinese member of FIESTAR, Cao Lu revealed she was really worried that her pronunciation would give her away. 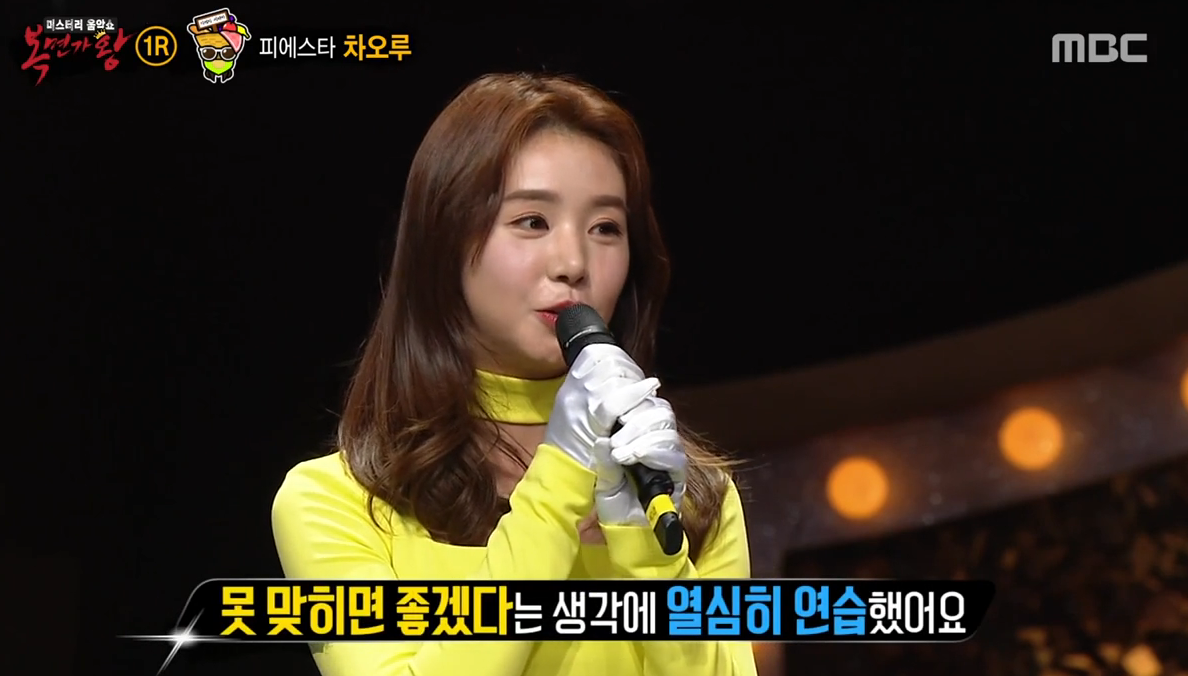 “Ever since I was on the panel [of this show], I wanted to appear. It was a dream of mine. But I thought the producers were crazy when I got a call,” the idol explained. However, she practiced on her own as well as with a Korean teacher until she thought no one would be able to tell.

While she may be better known for her bright personality through her appearances on different variety shows, Cao Lu definitely showcased her amazing talents as a singer on this episode, which you can watch below.

Cao Lu
FIESTAR
The King of Mask Singer
How does this article make you feel?