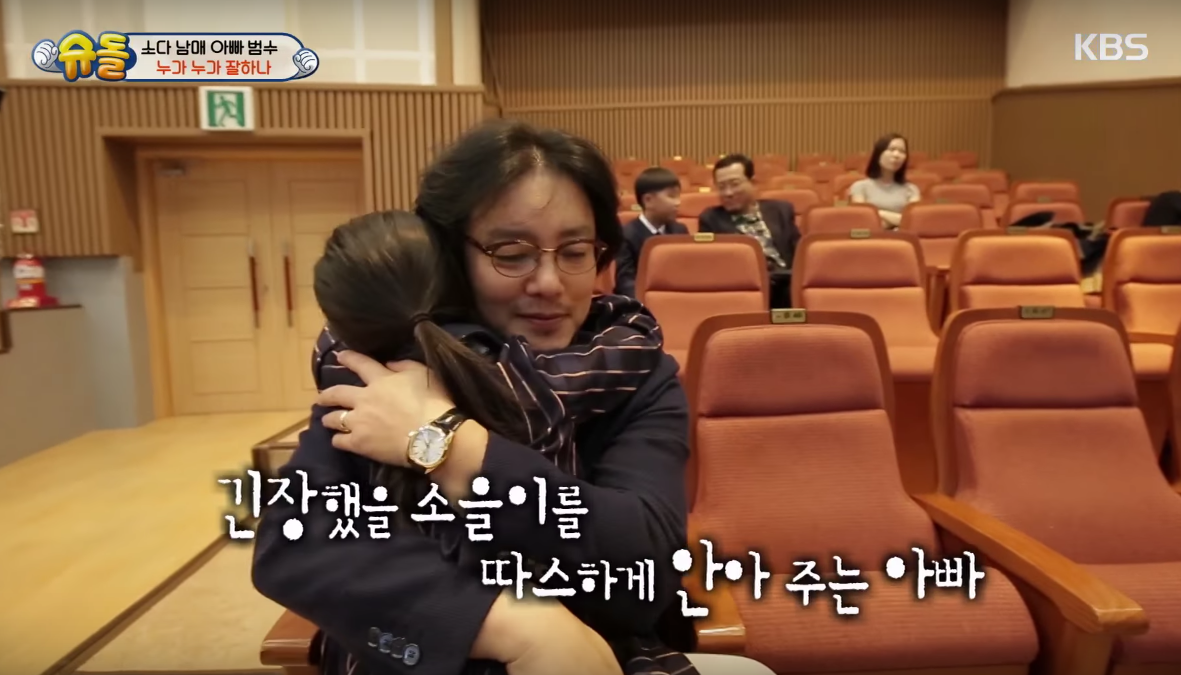 So Eul Inexplicably Moves Her Dad To Tears During Performance

People say that time flies by too fast when raising a child, and Lee Bum Soo evidently couldn’t help but feel this way on the November 27 broadcast of KBS2’s “The Return of Superman.”

During this episode, the actor’s daughter So Eul took part in the preliminaries for a traditional children’s song competition and program, “Who, Who Does Well?” (literal translation).

A past participant of the program himself, Lee Bum Soo fully encouraged his daughter to fight through her fears and helped her prepare. He also made sure to clear up a part of his busy schedule to go watch her perform.

When it was her turn, So Eul bravely stood on stage despite her nervousness and clearly sang every word loudly for everyone in the auditorium to hear. Just as she practiced, she successfully performed all the additional movements she added at the end of the song. 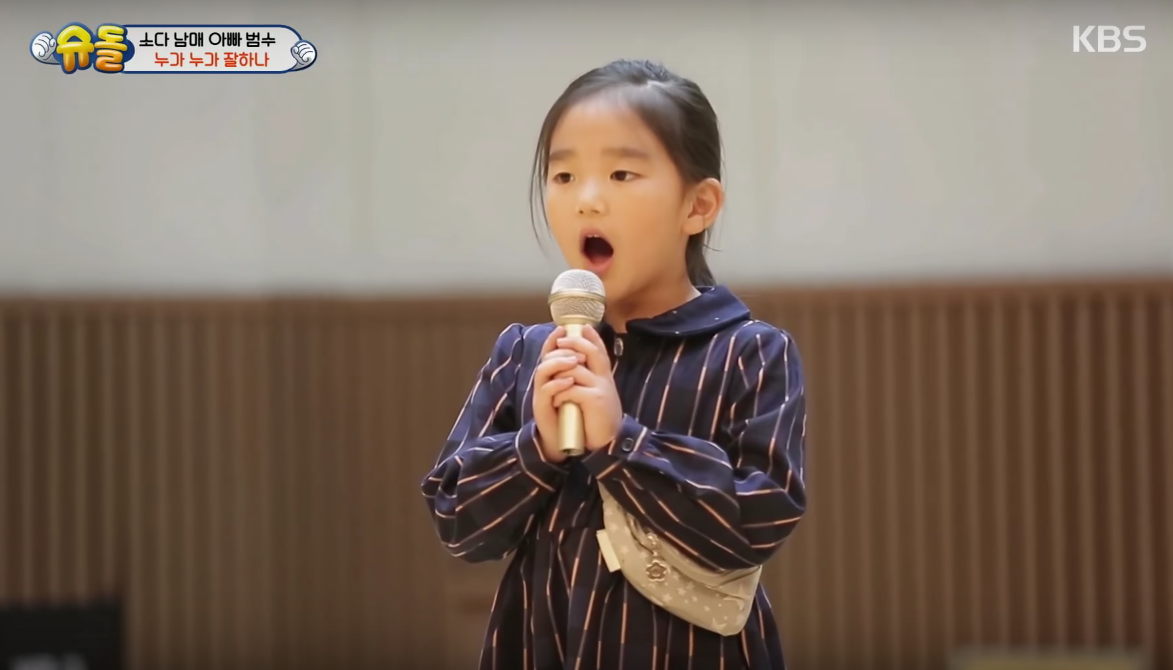 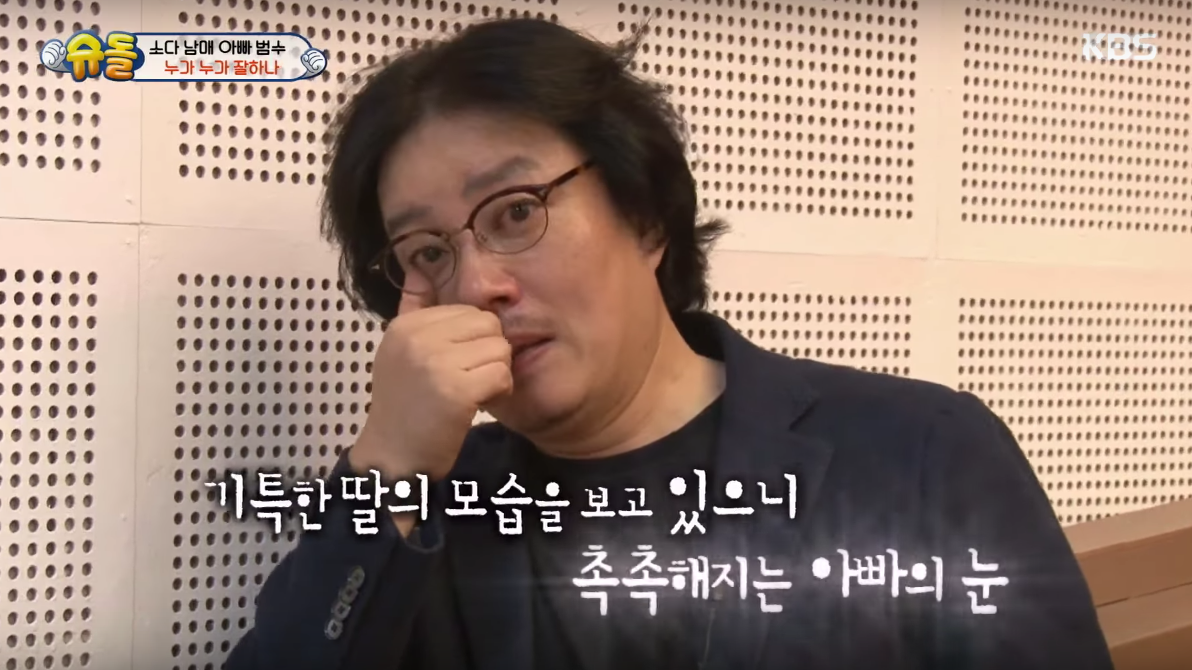 Proud of how well she was doing, Lee Bum Soo began to shed tears while watching his daughter.

He later explained that it was an inexplicable feeling, but it made him realize how much his daughter has grown up in the blink of an eye. “She’s still only a kid…but it was like seeing a complete and finished product that [she prepared] on her own. That’s why I was deeply moved and thankful,” Lee Bum Soo confessed.

While he hugged and showered his daughter with praise, his son Da Eul then innocently asked, “What about me?” to his dad’s amusement. After replying that he also did very well while watching his sister, Lee Bum Soo continued to compliment So Eul on her performance.

The Return of Superman
Lee Bum Soo
So-Eul
How does this article make you feel?