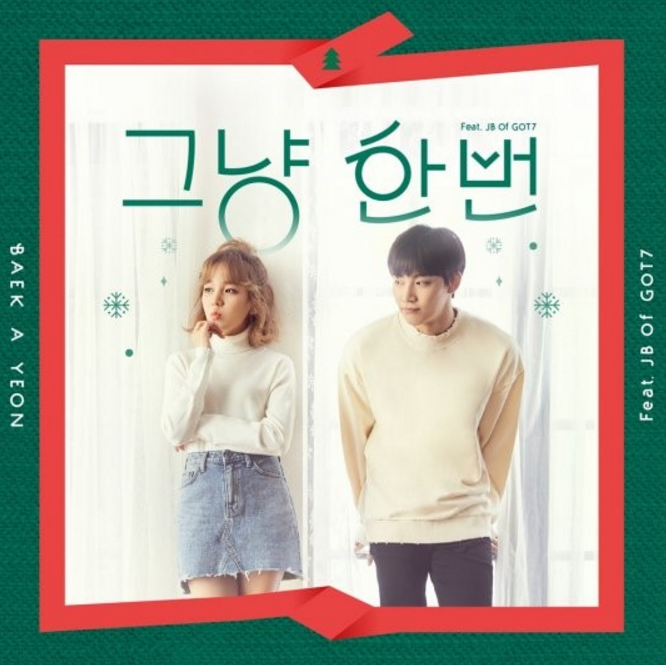 On November 28, the singer released the image on her official social media site. The released cover image shows Baek A Yeon and JB surrounded by a holiday-themed design with the title “Just One Time” (tentative title).

Are you excited to hear their collaboration?

GOT7
JB
Baek A Yeon
How does this article make you feel?