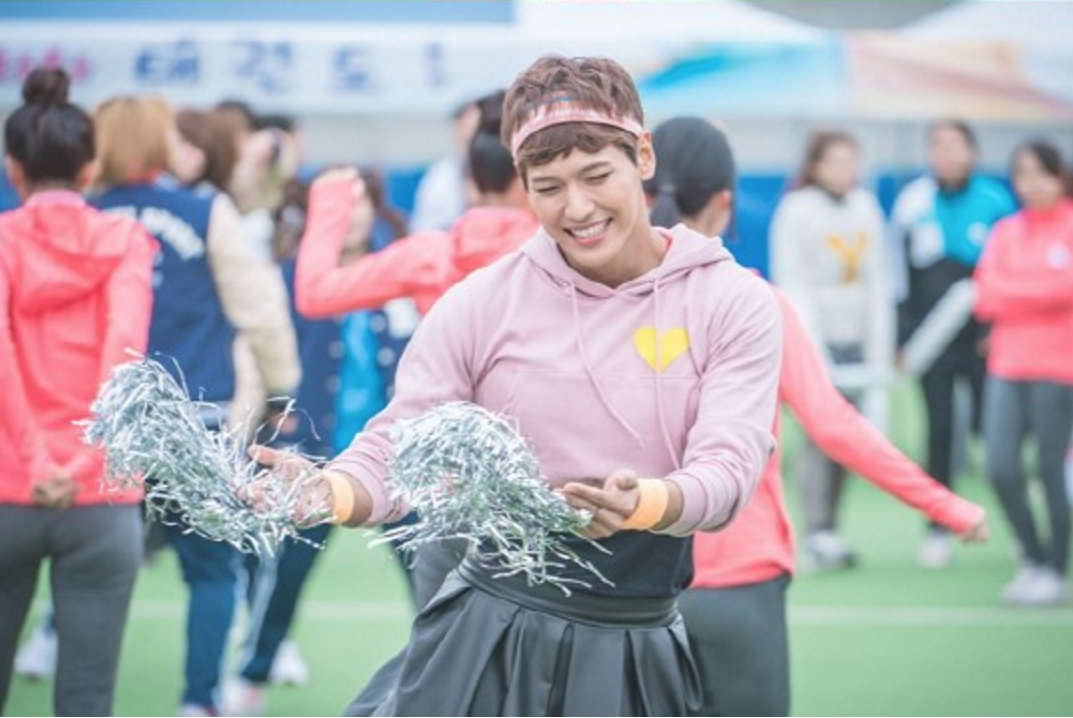 Ji Il Joo plays Jo Tae Kwon, Jung Joon Hyung (Nam Joo Hyuk)’s close friend in the swimming department at their sports-focused college. Jo Tae Kwon is smooth-talking and full of worldly wisdom, but always works hard to cheer up his friend, who is in the middle of a slump. 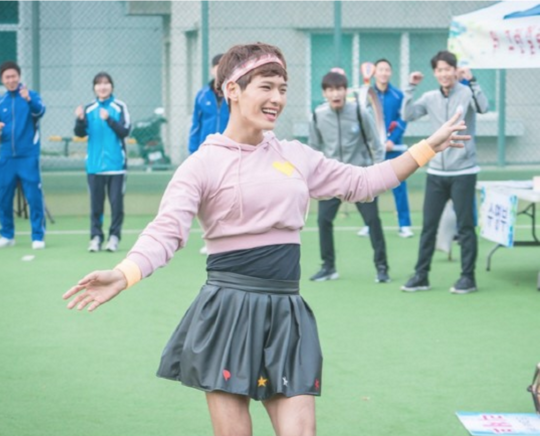 The filming for the cheerleading cosplay scene took place on October 10. Ji Il Joo is said to have kept up everyone’s energy on set, wearing his unusual outfit with confidence and keeping the mood light.

“From choosing the clothes to the makeup, I tried to take the time to focus on little details,” the actor said. “Everyone is working hard on the production and pouring their passion into every scene, so I want to help as much as I can.” 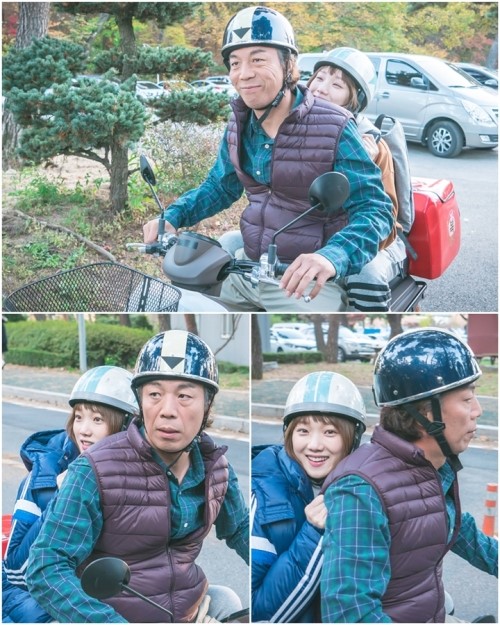 The drama also released cute stills of Lee Sung Kyung, who plays the titular Kim Bok Joo, on the back of a motorcycle driven by her in-drama father, Ahn Gil Kang. Ahn Gil Kang’s character, Kim Chang Geol, suffers from chronic renal failure and his daughter cheerfully takes care of him despite his tough-guy posturing.

Lee Sung Kyung said, “Ahn Gil Kang takes care of his juniors so that we can act comfortably together. I want to tell him that I am learning from him every moment that we’re together.”