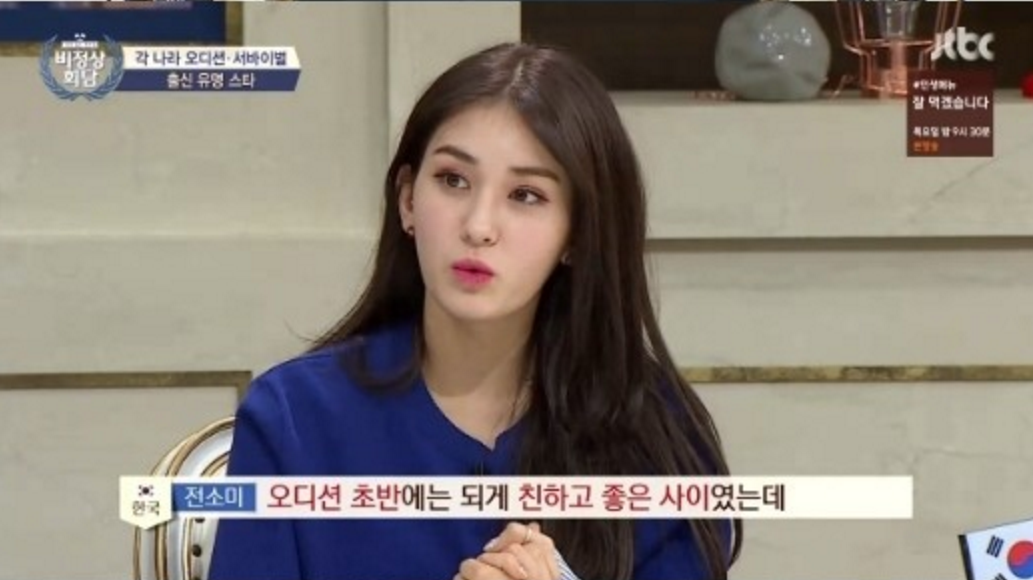 On the November 28 episode of JTBC’s “Abnormal Summit,” I.O.I’s Jeon Somi and Zhou Jieqiong made an appearance as guests. 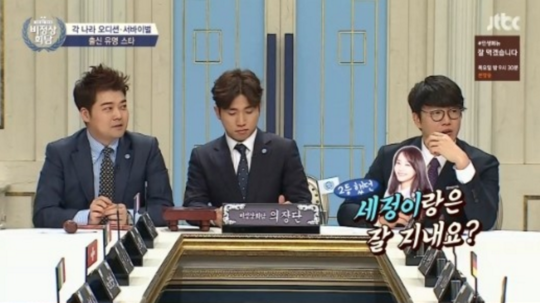 During the show, MC Sung Si Kyung asked Jeon Somi about her relationship with Kim Sejeong of I.O.I and gugudan. The two girls often took first place back and forth during the run of “Produce 101,” with Kim Sejeong coming in second in the end. 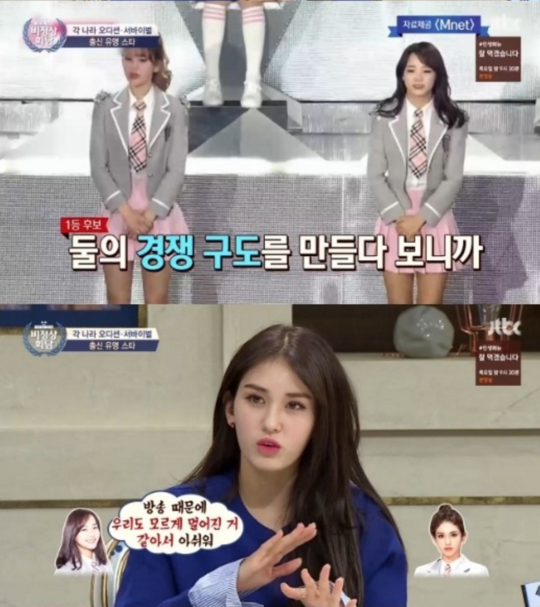 “First we were friendly and had a good relationship,” Jeon Somi said. “But the show kept setting us up as competition so it got a little awkward, though we were still friendly. After the final results came out, Sejeong came to me and said she regretted that we grew apart during the show. Now we’re very close again.”